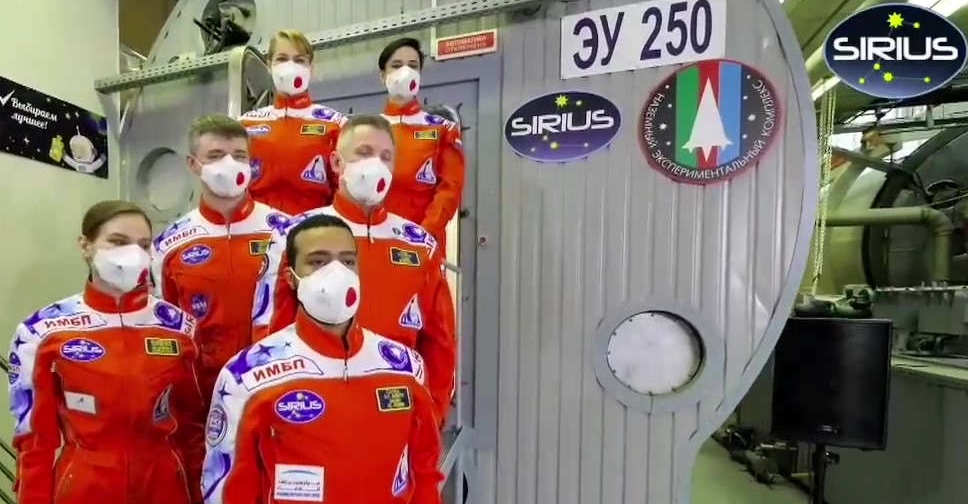 The first UAE Analog Mission that simulates the conditions of long-duration space travel, started in Moscow on Thursday.

Emirati Saleh Al Ameri will spend the next eight months in almost complete isolation at the ground facility of the Russian Academy of Sciences’ Institute of Biomedical Problems (IBMP).

He is part of the primary crew which included Oleg Blinov, Ekaterina Karyakina and Victoria Kirichenko from IBMP along with Ashley Kowalski and William Brown from NASA.

The project aims to study the effect of long term isolation on human psychology and physiology.

The 240-day mission will replicate various stages and scenarios of a manned mission to the Moon which follows phases such as launch, orbit, landing, and return.

Al Ameri shared his thoughts before embarking on the UAE Analog Mission#1, which is part of the Scientific International Research in Unique Terrestrial Station (SIRIUS-21).

The analog astronauts will conduct over 70 experiments during the mission.

Five entries from four universities the UAE in the fields of physiology, psychology and biology are also part of these experiments that were selected after consultation with the mission partners in Russia.

The crewmembers are isolated and given certain tasks that they need to do, without any communication to the outside world.

Emirati analog astronaut Abdalla AlHammadi, Vera Bakhtereva, Evgeny Prokyopyev and Alexey Federov from IBMP, Brian Evarts and Tatyana Delaney from NASA will serve as the back-up crew for the mission and support the primary crew from the operations centre.

The UAE’s participation in the SIRIUS mission will play a key role in developing Emirati capabilities and contribute to the development of the Mars 2117 Programme, which aims to establish human colonies in Mars by 2117.