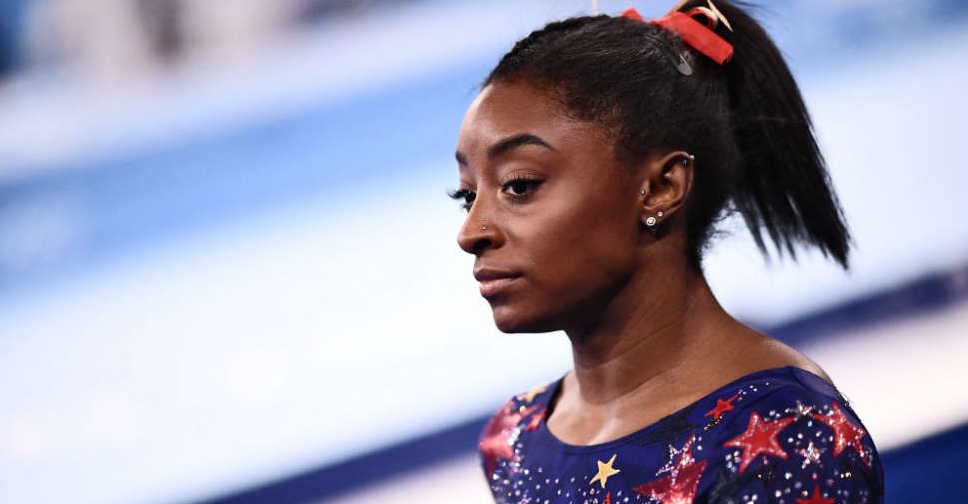 Simone Biles withdrew from the floor exercise event final at Tokyo 2020 on Sunday and will make a decision later this week on the one remaining event she is qualified for, USA Gymnastics said, adding "we're all behind you, Simone."

Biles shocked the world when she withdrew from the team finals on Tuesday, citing mental health issues, and has since withdrawn from all the other competitions she was eligible for, except the beam, which takes place on Tuesday.

"Simone has withdrawn from the event final for floor and will make a decision later this week on beam," USA Gymnastics said in a statement on Twitter.

There was no immediate information on who would take her place.

The 24-year-old Biles had been expected to be one of the big stars at the Tokyo 2020 Olympics as she gunned for six gold medals that would have made her the most successful woman Olympian of all-time across every sport.

But her quest ended almost before it began when Biles took a single vault in last Tuesday's team competition then sat down briefly and left the floor before returning to cheer on her team mates from the sidelines.

She later decided to not defend her Olympic all-around title that was won by US teammate Sunisa Lee. Her decision to drop out of three more finals means she won't defend either of the other golds she won in Rio, on vault and floor exercise.

She won a bronze in the beam at Rio, the one event she is still entered for in Tokyo.

Biles has spoken with remarkable candour about her decision saying she needed to consider both her mental and physical well-being as she dealt with the "twisties" - incidents of disorientation during some of her gravity-defying skills.

"It's honestly petrifying trying to do a skill but not having your mind & body in sync," Biles wrote on Instagram on Friday, adding that while usually she only suffered from the "twisties" on floor and vault, they were now hitting her on everything.

"It's never transferred to bars & beam before for me, it strictly likes floor and vault. Go figure, the scariest two.

"But this time it's on literally every event. Which sucks... really bad."

She also said it had usually taken around two weeks to clear up when she suffered from them before but she would wait and see.

"Something you have to take literally day by day, turn by turn," she wrote.

Biles has received an outpouring of support with everyone from former-First Lady Michelle Obama to Olympic president Thomas Bach praising her courage.