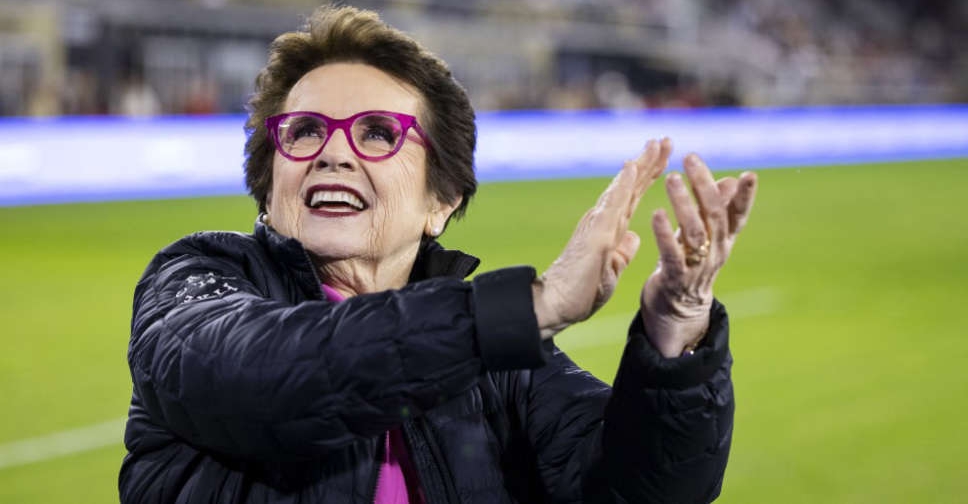 The green jacket awarded to winners at golf's Masters has been an iconic prize in sport for decades but this year's Billie Jean King Cup champions will get to make their own sartorial statement with a 'Billie Blue' jacket.

The winning team of the 12-nation women's tennis tournament will be the first female professional athletes to be awarded a jacket in recognition of their triumph.

The iconic blue colour is the same King wore throughout her career, including in the memorable 'Battle of the Sexes' match in 1973 when she beat Bobby Riggs in three sets.

"I can't wait for the winning team to put on the jacket. I love the design, it's just stunning. I look at that jacket and just think, 'yeah, that's got a lot of meaning to it'," King, a 12-times major winner, said in a statement.

"It's more than a jacket. It's got love and kindness and design and thought that has gone into it. It represents ambition, gender equality and love.

"It's making history. And winning it needs to be earned, so no one has worn one yet."

The jacket has been designed by New York-based fashion brand Tory Burch.

"I am in awe of Billie Jean. What she means to young women is hard to describe. I'm really excited about the winner's jackets," Burch said.

"I thought about those green jackets they give men at the Masters and I wanted to make something as iconic for world champion women athletes."