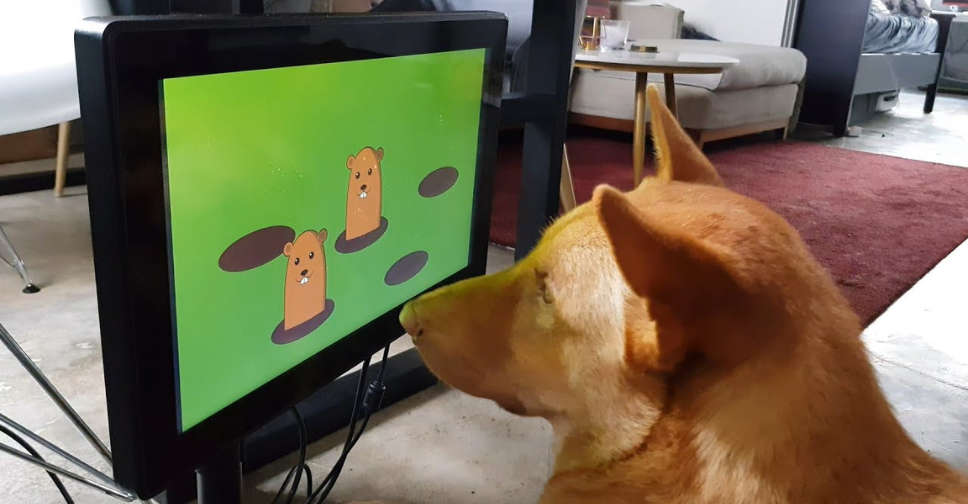 Joipaw has developed touchscreen games which can be played by dogs on a specially designed console that is lick resistant and can be operated by dogs using their snout.

The games developed so far include a whack-a-mole and a counting game with bubbles on the screen.

Developers hope these will help reduce a type of dementia in dogs known as Canine Cognitive Dysfunction by stimulating their brains.

There is some level of training involved when introducing the games to the pet to get it to lick the console screen.

The founders say this can easily be done by using regular treats or even peanut butter.

The console also rewards the dogs by giving out treats each time they reach a milestone or complete an objective.

During development it has taken 30 minutes to one hour to get a dog to play the game on its own.

Joipaw is also developing a motion sensor collar which will eliminate the need to lick the touchscreen or even the use of the dog's snout.

Co-founder Dersim Avdar says he got inspired when he read a study published by University of Veterinary Medicine in Vienna which claimed cognitive decline in dogs can be staved off through touchscreen games.

Avdar felt the need for such games after seeing his own dog develop separation anxiety.