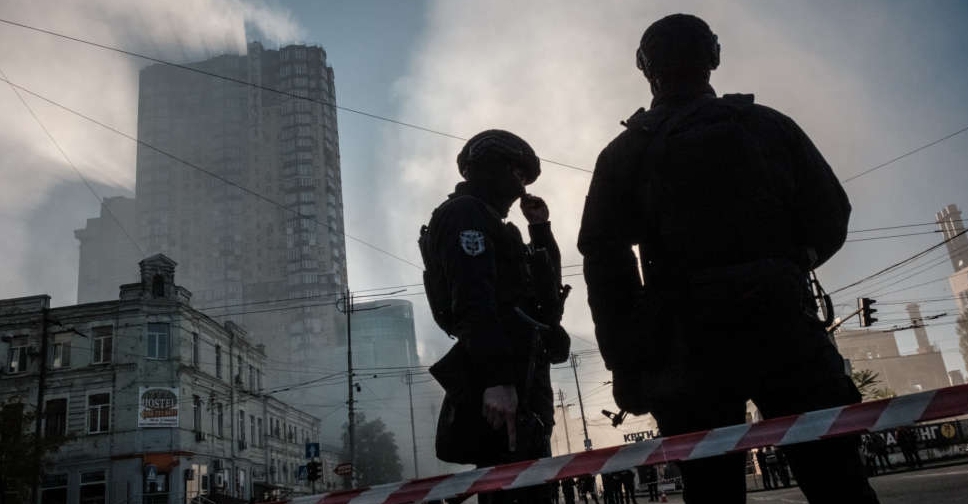 Ukraine's air force command reported that 33 missiles had been fired at Ukraine on Saturday morning and that 18 of those had been shot down.

Since October 10, Russia has launched a series of devastating salvos at Ukraine's power infrastructure, which have hit at least half of its thermal power generation and up to 40 per cent of the entire system.

Shortly after daybreak on Saturday, local officials in regions across Ukraine began reporting strikes on energy facilities and power outages as engineers scrambled to restore the ruined network. Governors advised residents to stock up on water in case of cut-offs.

Presidential advisor Kyrylo Tymoshenko said that as of Saturday afternoon, more than a million people across Ukraine were without power, with 672,000 of those in the western region of Khmelnytskyi alone.

State grid operator Ukrenergo said the attacks targeted transmission infrastructure in western Ukraine but that power supply restrictions were being put in place in ten regions across the entire country, including in the capital, Kyiv.

"The scale of damage is comparable or may exceed the consequences of the attacks (between) October 10-12," Ukrenergo wrote on the Telegram app, referring to the first wave of strikes on Ukraine's power system last week.

"This possibility exists...we have to understand and remember this," he told the Ukrainian outlet Ekonomichna Pravda.