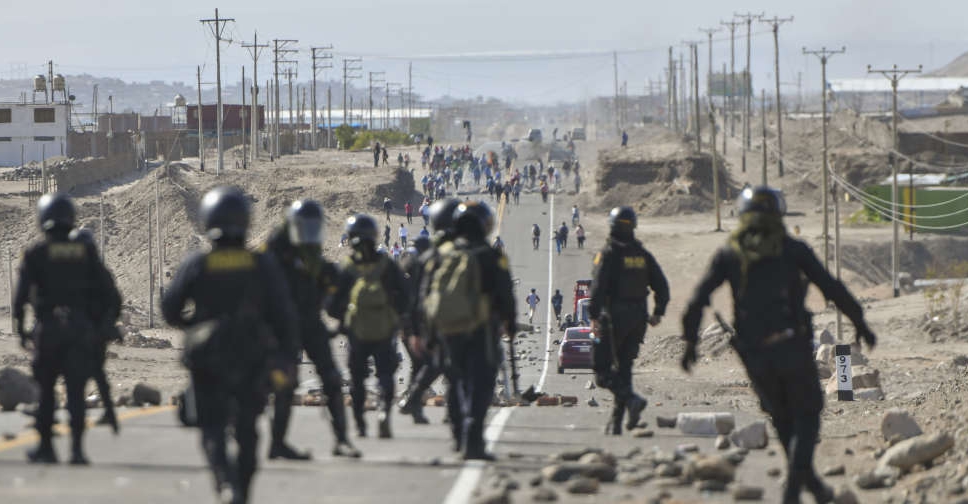 Peru has extended a state of emergency for another month in the capital city of Lima and two southern regions where deadly protests against the government have sparked the country's worst violence in 20 years.

Peru first announced a month-long, nationwide state of emergency in mid-December, shortly after demonstrations broke out over the ousting of former leftist President Pedro Castillo, who had attempted to dissolve Congress and rule by decree.

More than 40 people have died in violent clashes between protesters and security forces since early December.

The extended emergency measures signed by President Dina Boluarte late on Saturday, which grant police special powers and limit freedoms including the right to assembly, apply to Lima and the southern regions of Puno and Cusco.

In Puno, where nearly half of the victims have died, the restrictions include a 10-day curfew.

In a march in Lima on Saturday, protesters raised red and white national flags alongside banners rimmed in black in a sign of mourning. They also lashed out against Boluarte, Castillo's former vice president, who the day before had apologised for the deaths while calling for investigations.

As of January 12-13, a poll by Ipsos Peru published in newspaper Peru 21 on Sunday showed 71 per cent of Peruvians disapproved of Boluarte's government up from 68 per cent in December.

Protesters have demanded Boluarte step down, and that Castillo, who was arrested for "rebellion," be released.