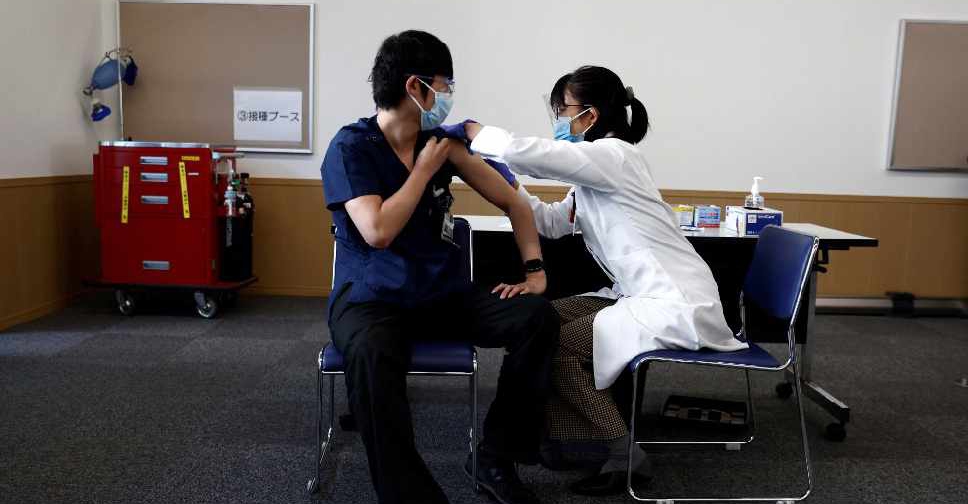 Workers at Tokyo Medical Center were among the first of some 40,000 medical professionals targeted to receive the initial shipments of the vaccine. They will be followed by 3.7 million more medical personnel, then 36 million people aged 65 and over.

"This is the first major step towards ending the coronavirus (pandemic)," Vice Health Minister Hiroshi Yamamoto told reporters at the hospital after the first vaccines were administered.

Prime Minister Yoshihide Suga has said that vaccine deployment will be critical to holding a successful Olympics, delayed from last year and due to start in late July.

The government is aiming to secure enough vaccines for its entire population of 126 million by mid-2021. A complete roll-out could take a year, vaccination programme chief Taro Kono said on Tuesday.

There are also fears that millions of the Pfizer-Biontech vaccine doses could be wasted due to a shortage of syringes required to maximise the number of shots from each vial.

Tokyo Medical Center said it has enough supply for now of the low dead-space syringes needed to extract six doses from each vial. It plans to inoculate 60 people a day starting on Thursday to both minimise the amount of vaccine that could go to waste and monitor people who receive a dose.

Hospital director Kazuhiro Araki said he wanted to set an example for others by receiving the first injection.

"I don't like getting shots very much," Araki told reporters. "I'm glad it didn't hurt. I feel relieved."

Although daily cases have been in decline in recent weeks after peaking in early January, Tokyo and nine other prefectures remain under a state of emergency to prevent further spread of the disease.

Japan is the last member of the Group of Seven industrialised nations to launch a vaccination drive. The government plans to inoculate medical workers first, then senior citizens, those with health conditions, and workers at elderly care facilities.