India's approval of homegrown vaccine criticised over lack of data 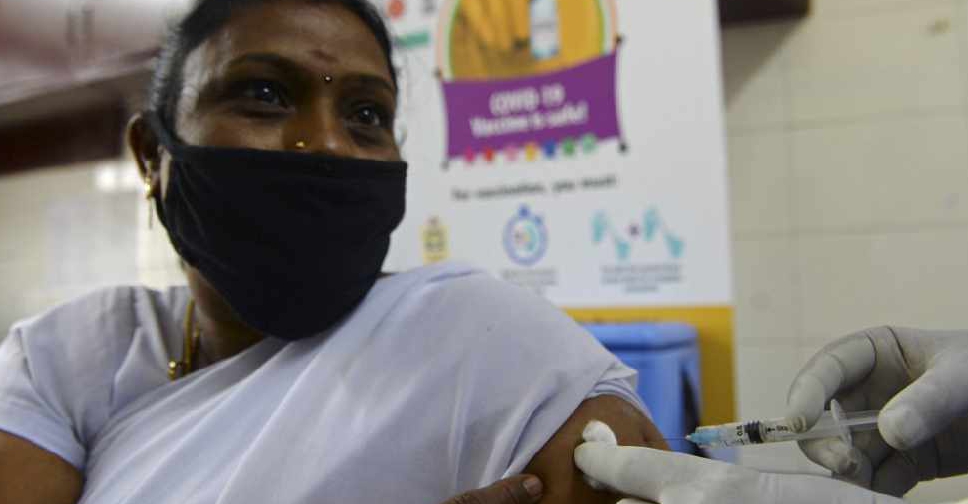 India is facing questions from industry experts and opposition lawmakers about granting emergency approval to a homegrown coronavirus vaccine without publishing the efficacy data.

The news about the use of Bharat Biotech's COVAXIN, announced by the drugs controller general of India (DCGI), was hailed by Prime Minister Narendra Modi and his ministers as a success in the country's self-reliance push.

COVAXIN was jointly developed with a government institute and means India joins a small list of countries to have approved their own coronavirus vaccines.

Bharat Biotech has partnered with drug developer Ocugen Inc to co-develop it for the US market, and Brazil has signed non-binding letters of intent to buy the shot.

The company has said it is in discussions with more than 10 countries about COVAXIN.

"Our goal is to provide global access to populations that need it the most," Bharat Biotech Chairman Krishna Ella said in a statement.

Neither the company nor India's Central Drugs Standards Control Organisation would reveal its efficacy results. A source with knowledge of the matter told Reuters its effectiveness could be more than 60 per cent with two doses.

China also did not publish detailed efficacy data for a vaccine it authorised on Thursday but its developer has shared interim data.

"On what basis was this approval given when Bharat Biotech has NOT shown enough data proving safety & efficacy?" transparency activist Saket Gokhale asked on Twitter.

The government has also approved the use of a vaccine developed by AstraZeneca and Oxford University, which will be the lead vaccine in India's immunisation programme.

Serum Institute of India (SII), the local maker of the AstraZeneca shot that will be branded COVISHIELD in the country, also took a dig at the Bharat Biotech vaccine.

"Until we get the efficacy result, how do we know that anything works?" SII Chief Executive Adar Poonawalla told Reuters.

A government scientist said in November COVAXIN might be approved in February or March. It is now likely to be rolled out much earlier following the approval on Sunday.

Opposition lawmakers and former ministers on Sunday questioned the lack of transparency in approving it.

"Approval was premature and could be dangerous," said opposition lawmaker and former minister Shashi Tharoor. "Its use should be avoided till full trials are over. India can start with the AstraZeneca vaccine in the meantime."

Vardhan urged Indians to trust that "stringent protocols" had been followed for the two approved vaccines.

In the largest such trial in India, Bharat Biotech said it had recruited 23,000 volunteers out of a target of 26,000 for an ongoing Phase III trial of COVAXIN which began in November.

BENEFITS OF TAKING THE VACCINE

Meanwhile, the challenge to convince people of the benefits of taking the vaccine in the fight against COVID-19 is a big one.

Speaking to ARN News, Gaurang Shah of Geojit Securities, said the logistics of making and distributing the vaccine can be overcome, but winning the hearts and minds of more than a billion people is something the government must focus on.

(For the full interview - on the booming Indian stock market despite COVID-19 woes - listen to Dubai Eye 103.8's Business Breakfast tomorrow from 6:00 am).