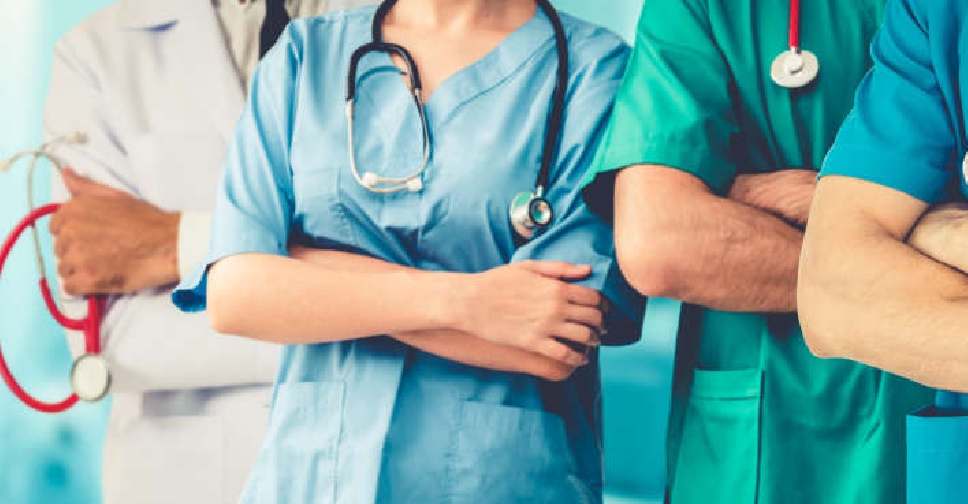 Hospitals, care homes and health centres have suspended around 3,000 workers across France for failing to comply with mandatory COVID vaccination, the government said on Thursday, as countries around Europe weigh how far to go to combat the pandemic.

While Italy is set to announce later on Thursday that proof of vaccination or a negative test will be compulsory for all workers, going further than any other country in the region, the Netherlands plans a similar step - but only to go to clubs.

Britain, meanwhile, says it is highly likely to require front-line health and social care workers in England to be vaccinated as part of a plan to contain the virus during winter.

In France, President Emmanuel Macron's decision in mid-July to require a similar health pass to go anywhere from restaurants to gyms and museums, and make the jab mandatory for health workers, has massively increased vaccination take-up.

With the mandate for workers in hospitals and care homes taking effect on Wednesday, it's very concrete impact - unvaccinated staff forbidden to work - started to be felt.

According to local daily Nice Matin, nearly 450 health workers - out of 7,500 - have been suspended in just one hospital in the city of Nice, in southern France.

The government, however, shrugged off the impact.

"It hasn't been chaos, far from it," Health Minister Olivier Veran told French RTL radio, adding there were 27 million workers in the sector.

There have been a few cases where it has affected care, he said, like the use of an MRI being briefly complicated, but most suspended staff work in support roles, limiting the impact.

"Most of the suspensions are only temporary ... many have decided to get vaccinated as they see that the vaccination mandate is a reality," Veran said.

But unions warn of likely disruptions to care, and just a few absentees in a team is enough to trigger a crisis, Emmanuel Chignon, a care home manager in Bordeaux told Reuters this week, pointing to how hard it was to hire staff in the sector.

"If we can't replace the carers who leave, the work will fall on the others, and I fear an unvirtuous circle, with tiredness, exhaustion and an increase in absenteeism," he said.

In Italy, where vaccination for health workers was made mandatory at the end of March, some have been suspended, but with numbers nowhere near those seen in France.

As of September 16, some 728 doctors in all of Italy had been suspended for failing to be vaccinated, the Italian doctors' federation said.

Italy is now set to go much further and announce on Thursday that a "Green pass" - showing someone has received at least one vaccine dose, tested negative or recently recovered from the virus - will be mandatory for all public and private sector workers. Failure to have a Green Pass will result in workers being suspended and losing their pay.

In other countries, like the Netherlands, opinion polls show a majority of the public favouring mandatory vaccination for health workers, with the workers themselves mostly opposed to it, and the government has said it will not take such measures.

However, a pass showing proof of vaccination or a recent negative coronavirus test is set to be required there as of September 25 to go to restaurants, clubs or cultural events.

Although polls have shown that a majority of the Dutch support the measure, the pass is strongly opposed by the around 30 per cent of the population who have so far refused to be vaccinated. Critics say the measure is meant to force people to get the jab.