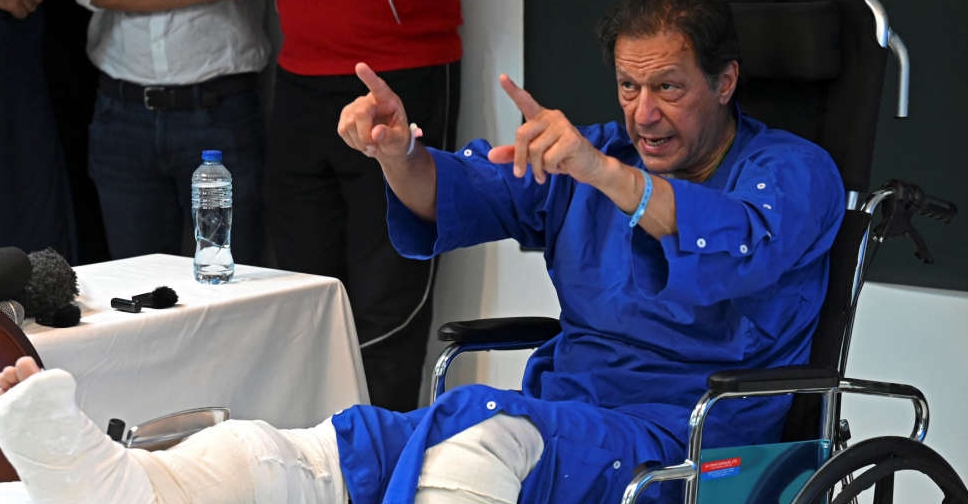 Former Pakistani Prime Minister Imran Khan said on Sunday he welcomed the government's offer to launch a judicial commission to investigate the attack in which he was shot in the leg on Thursday.

Khan made the remarks in a video broadcast live on social media from a hospital in the eastern city of Lahore, where he was receiving treatment after being shot during a protest march three days earlier in what he and supporters called an assassination attempt.

The government has said it will investigate the shooting.

On Sunday afternoon following Khan's remarks, a spokesman for the provincial government said he had been discharged from hospital and left for his home in Lahore.

Khan said his supporters' long march towards the capital calling for early elections, which was disrupted by the attack, would re-start on Tuesday but that he would not join in person while he recovered from his injuries.

The former premier, who was ousted in a no-confidence vote in April, said he would join the rally in 10 to 14 days' time when it reached the city of Rawalpindi, a short drive from the capital Islamabad.

In the meantime, he would address the march by video link each day, he said.

The rally began late last month in Lahore but was cut short six days later when Khan was shot in the leg as he waved to crowds from a container mounted on a truck leading the protest.

He did not provide evidence for his claim, which was strongly denied by the government and military.

Sharif on Saturday said that Khan was making "baseless allegations" but that the government had requested the country's chief justice to form a judicial commission to investigate the claims.