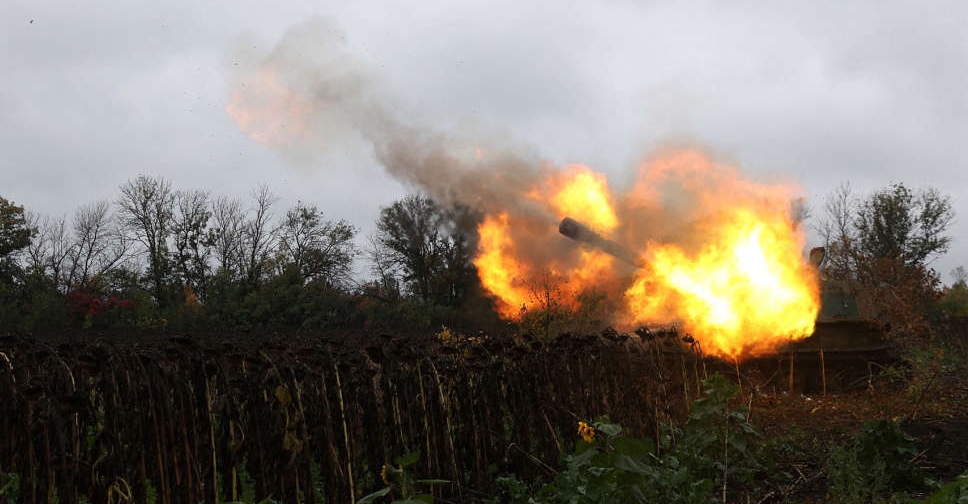 Evacuees from Ukraine's southern Kherson region were expected to begin arriving in Russia on Friday after a Moscow-installed official suggested residents should leave for safety, a sign of Moscow's weakening hold on territory it claims to have annexed.

"We suggested that all residents of the Kherson region, if they wish, to protect themselves from the consequences of missile strikes ... go to other regions," Russian-installed Kherson administration chief Vladimir Saldo said in a video message. People should "leave with their children".

The offer applied foremost to residents on the west bank of the Dnipro River, he said. That includes the regional capital, the only major Ukrainian city Russia has captured intact since invading in February.

The first civilians fleeing from Kherson were due to arrive in Russia's Rostov region on Friday, TASS news agency reported.

Kherson is one of four partially occupied Ukrainian provinces that Russia claims to have annexed in recent weeks, and arguably the most strategically important. It controls both the only land route to the Crimea peninsula Russia seized in 2014, and the mouth of the Dnipro, the 2,200-km-long river that bisects Ukraine.

Since the start of October, Ukrainian forces have burst through Russia's front lines there in their biggest advance in the south since the war began. They have since advanced rapidly along the west bank, aiming to cut off Russian troops from supply lines and escape routes across it.

TASS quoted the governor of Rostov, which borders on the Ukrainian territories Russia claims to have annexed, as saying his region was prepared to host anyone who chose to leave Kherson.

Ukraine's armed forces have re-taken more than 600 settlements in the past month, including 75 in the strategic Kherson region, the government said. Read full story

Reuters was not able to independently verify the report.

A flight of civilians from Kherson would be a blow to Russia's claim last month to have annexed around 15 per cent of Ukraine's territory and incorporated an area the size of Portugal into Russia.

Russia has assigned many of its best-trained troops to defend Kherson's west bank. But that force can only be supplied across the river, which is several kilometres wide and has few crossings.

Regional Governor Vitaly Kim said the top two floors of a five-story residential building were destroyed and the rest were under rubble. Video footage provided by state emergency services showed rescuers pulling out an 11-year-old boy who Kim said had spent six hours trapped under the rubble.

In the east, three Russian missiles exploded on Thursday morning near the central market in Kupiansk, a major railway junction city that Ukrainian forces recaptured in September.

Ukrainian President Volodymyr Zelenskiy said in a video address on Thursday that "brutal" fighting continued in the wine- and salt-producing town of Bakhmut in the eastern Donetsk region, another area Russia has attempted to annex.

He also accused the International Committee of the Red Cross (ICRC) of inaction in upholding the rights of Ukrainian prisoners of war and urged it to undertake a mission to a camp in the Russian-occupied east of the country.

In the latest of a series of Ukrainian criticisms of the ICRC, he said no one had yet visited Olenivka - a notorious camp in eastern Ukraine where dozens of Ukrainian POWs died in an explosion and fire in July.