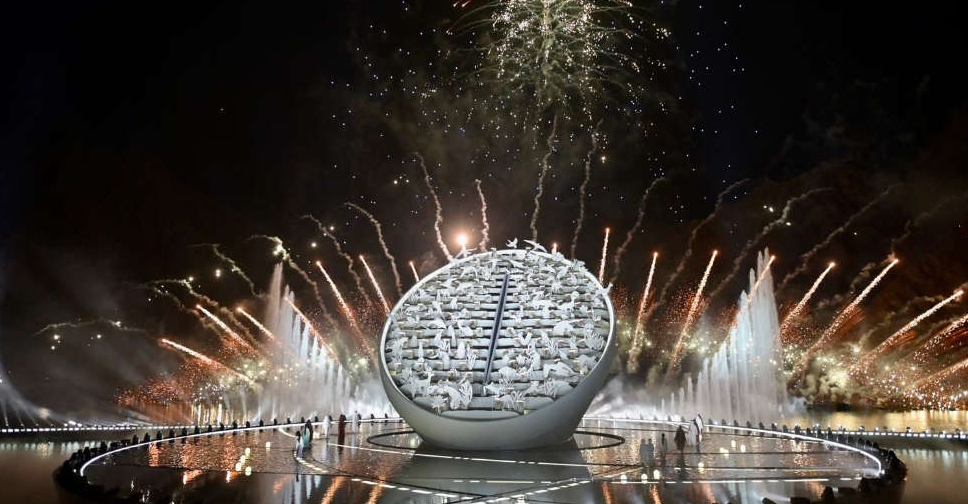 The UAE leaders witnessed the spectacular Golden Jubilee show at Hatta on Thursday.

Taking to their official Twitter handles, the leaders congratulated the team for creating a visual marvel against the majestic Hajjar mountains in Hatta.

His Highness Sheikh Mohammed bin Rashid Al Maktoum, Vice President and Prime Minister of the UAE and Ruler of Dubai, thanked the team headed by Emirati Sheikha Maryam bint Mohammed bin Zayed for a "beautiful start" to the next 50.

"The future is more beautiful with our dedicated national teams," His Highness added.

In his post, His Highness Sheikh Mohamed bin Zayed Al Nahyan, Crown Prince of Abu Dhabi and Deputy Supreme Commander of the UAE Armed Forces, said: "We continue to be guided by the wisdom of our founding fathers, making our journey from the desert to Mars possible."

I was honored to join my brothers, the Rulers of the Emirates, to witness our 50th National Day celebrations in Hatta. We continue to be guided by the wisdom of our founding fathers, making our journey from the desert to Mars possible. May God bless our nation and its people. pic.twitter.com/c1Vuul4pws

Staged in Hatta Dam, the show was live streamed by all official television channels and the 'Official 50th UAE National Day' website.

The show's centerpiece was a huge sculpture, set on a floating stage on the Hatta Dam, to highlight the close relationship between humans and nature and UAE's history since the 19th century.

Comprising of nine chapters, the show chronicled highlights from the UAE's 50-year journey and projections of the future.