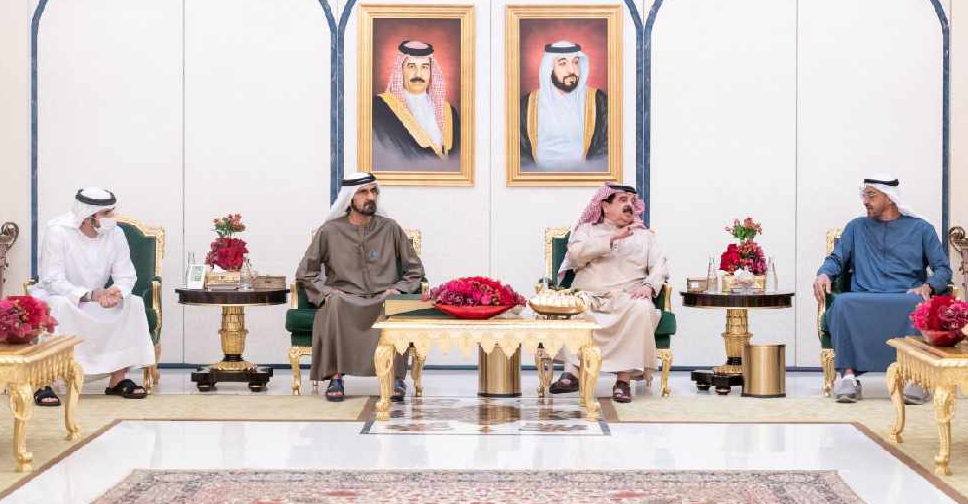 UAE leaders have been meeting King Hamad bin Isa Al Khalifa of Bahrain at his residence in Abu Dhabi.

The leaders discussed the longstanding relations between the two nations and ways of enhancing cooperation.

King Hamad reiterated both countries' determination to continue working for the best interests of their peoples.