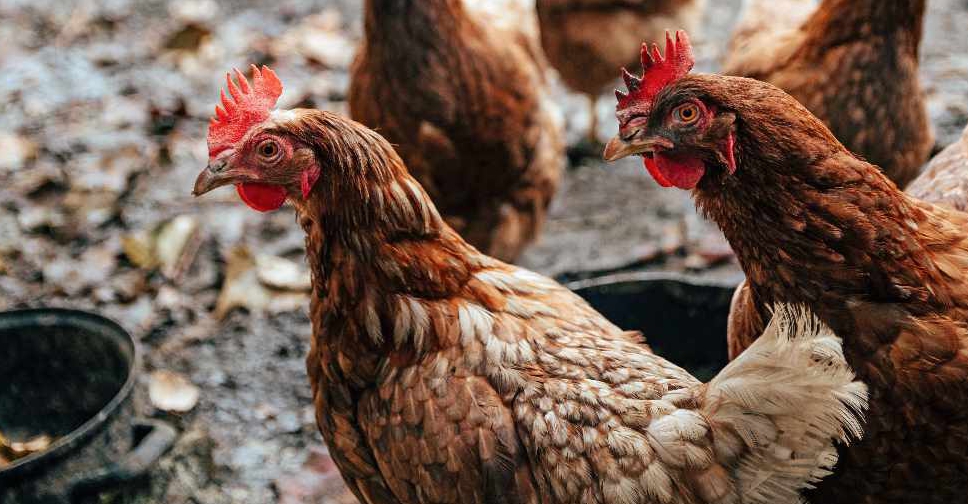 The UAE has banned poultry and eggs from several European countries following an outbreak of avian influenza.

The UAE's Ministry of Climate Change and Environment (MOCCAE) issued the embargo following advice from the World Organisation for Animal Health.

A highly contagious strain of bird flu has been spreading in parts of Europe for several weeks.

The affected countries have culled thousands of chickens.

Three of the resolutions ban the import of all species of domestic and wild live birds, ornamental birds, chicks, hatching eggs and their thermally untreated byproducts from the Netherlands, Germany and Russia.

The MOCCAE has also imposed restrictions on consignments coming from the UK. These include rejection of consignments containing table eggs and poultry meats produced post-October 14 in Herefordshire, Cheshire West and Chester, and other areas that may be affected in the future.

Meanwhile, the import of birds, hatching eggs, and one-day-old chicks is permitted, subject to providing agreed-upon health certificates testifying that the birds come from disease-free areas.

In response to the situation in the Netherlands, the Ministry has regulated the import of poultry meat and its thermally untreated byproducts as well as table eggs and their byproducts through introducing a new requirement – an export health certificate, previously agreed upon by the Netherlands and the UAE, must now accompany inbound consignments in order to release them. However, thermally treated poultry products (meat and eggs) from all regions of the Netherlands have been cleared for import.

The MOCCAE has banned the import of all species of domestic and wild live birds, ornamental birds, chicks, and their thermally untreated byproducts from Germany until the country is declared disease-free. However, the Ministry allows the import of hatching eggs subject to providing the agreed-upon health certificate and continues to clear thermally treated poultry products (meat and eggs) from all regions of Germany for import.

Finally, MOCCAE has prohibited the import of all species of domestic and wild live birds, ornamental birds, and their thermally untreated byproducts from the Russian regions Yugra, Chelyabinsk Oblast, the Republic of Tatarstan, Samara Oblast, and Tomsk Oblast.

However, table eggs, poultry meat, and their byproducts as well as hatching eggs and one-day-old chicks have been cleared for import subject to providing the agreed-upon health certificates.