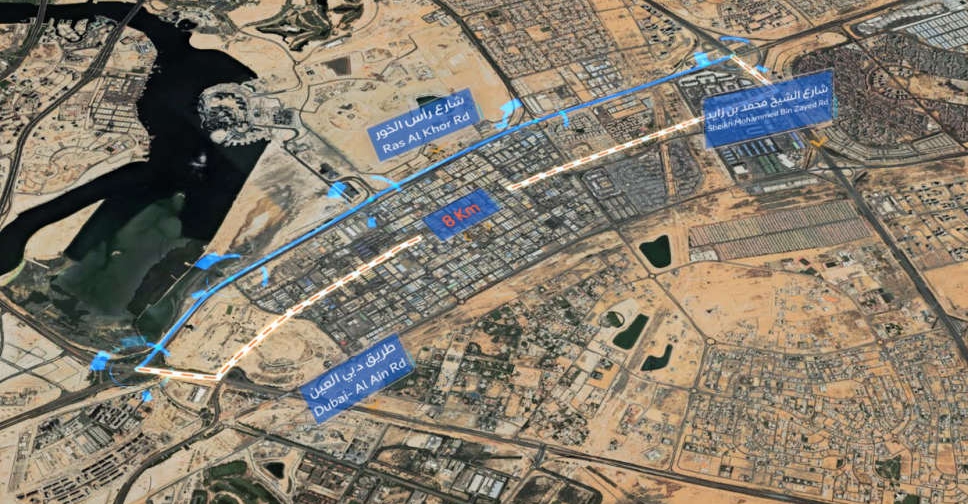 Fifty per cent of construction work has been completed on the Sheikh Rashid bin Saeed Roads Improvement Corridor in Dubai.

The project, which extends 8 km along Ras Al Khor Road, runs from the Dubai-Al Ain Road junction to the intersection of Sheikh Mohammed bin Zayed Road.

Improvement works also include the construction of bridges extending 2 km.

According to the Roads and Transport Authority (RTA), the project will increase the capacity of Ras Al Khor Road to 10,000 vehicles per hour, and slash the travel time from 20 to 7 minutes.

“The project includes widening Ras Al Khor Road from three to four lanes in each direction and constructing a 2-lane service road to enhance the traffic safety and ease the traffic flow, besides eliminating the existing overlapping traffic spots," said Mattar Mohammed Al Tayer, Director-General and Chairman of the Board of Executive Directors, RTA.

Sheikh Rashid bin Saeed Roads Improvement Corridor is one of the biggest projects undertaken by the RTA.

In future, it will include the construction of Sheikh Rashid bin Saeed Crossing; a bridge extending over Dubai Creek to link Al Jaddaf in Bur Dubai with the street between Dubai Creek Harbour Project and Dubai Festival City.

The project has been divided into several phases.

"The RTA also constructed a 1.5 km road of four lanes in each direction along with entry and exit points to and from the newly completed areas to facilitate traffic inbound from Nadd Al Hamar - Ras Al Khor Roads intersection," explained Al Tayer.