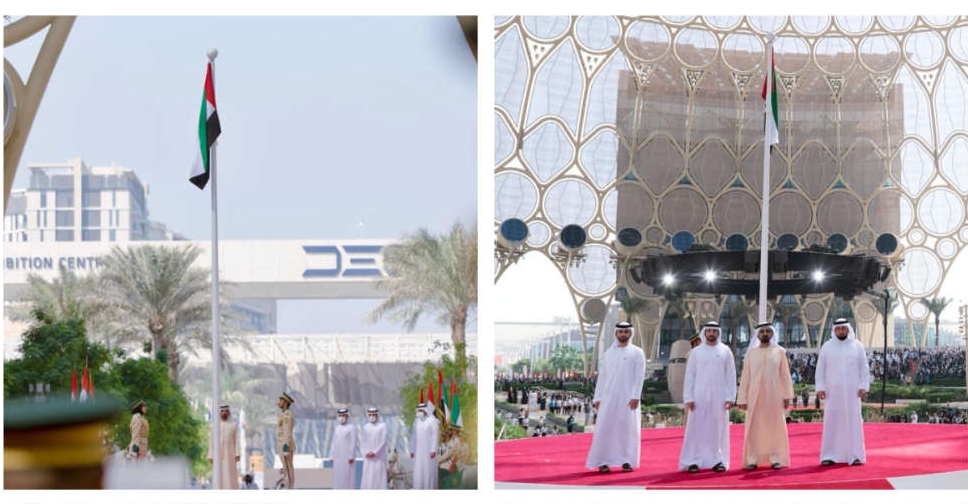 The flag hoisting ceremony was held to mark UAE Flag Day, observed on November 3 every year.

The UAE Flag Day marks the anniversary of President His Highness Sheikh Khalifa bin Zayed Al Nahyan’s assumption of office as the President of the country.

Hundreds of students from public and private schools and trainees from the Dubai Police Academy, as well a number of senior citizens took part in the celebration at the Expo 2020 venue to express their allegiance and love for their homeland.

"On this occasion, we reaffirm our commitment to realising the values on which the Union was founded and building bridges of cooperation with nations across the world to shape a better future for the planet," said Sheikh Mohammed.

The UAE Flag has been a witness to 50 years of achievements and a comprehensive development process initiated by the late Sheikh Zayed bin Sultan Al Nahyan, His Highness said.

These ideals have continued to inspire the UAE’s progress under the leadership of President His Highness Sheikh Khalifa bin Zayed Al Nahyan and His Highness Sheikh Mohamed bin Zayed Al Nahyan, Crown Prince of Abu Dhabi and Deputy Supreme Commander of the UAE Armed Forces and Their Highnesses Members of the Supreme Council and Rulers of the Emirates.

The UAE flag will continue to be a symbol of the determination of UAE citizens to lead, excel, and create solid foundations for the future, Sheikh Mohammed added.

He noted that the UAE Flag Day celebrations are taking place at a time when the country is poised to enter a new phase of growth and success after its remarkable recovery from the global pandemic that proved its resilience and ability to overcome any challenge.