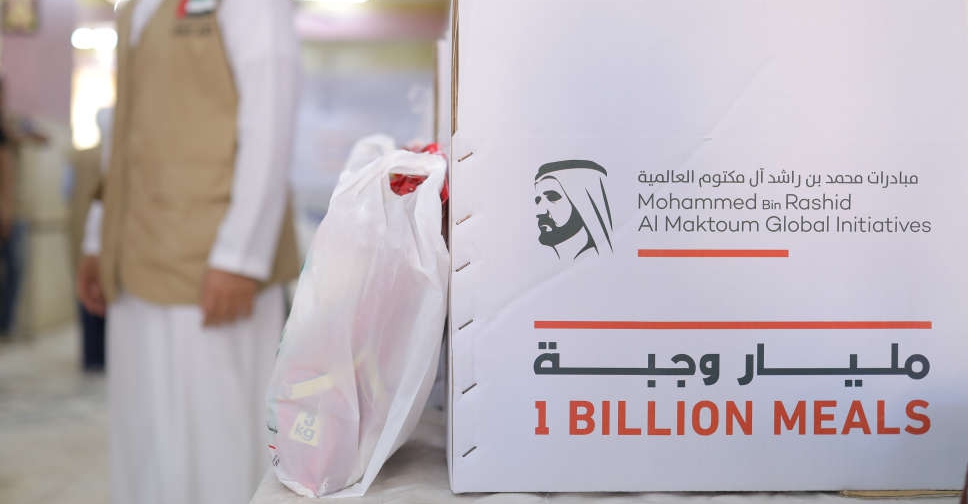 The initiative is the largest of its kind in the region. Joining Al Zarooni, The Hussain Sajwani – Damac Foundation (HSDF) also announced a donation of AED 5 million.

The Foundation, which is a joint initiative between the DAMAC Group and its chairman, Hussain Sajwani, believes in giving back to the community to which it belongs.

The 1 Billion Meals initiative, organised by the Mohammed bin Rashid Al Maktoum Global Initiatives (MBRGI), is an extension of last year’s 100 Million Meals, which surpassed its target, collecting and distributing 220 million meals. In its efforts to provide food aid to those in need, the initiative contributes to the United Nations’ Sustainability Development Goals, especially to achieve ‘zero hunger’ by 2030.

It is being carried out in coordination with the United Nations’ World Food Programme (WFP), the Food Banking Regional Network (FBRN), the Mohammed bin Rashid Al Maktoum Humanitarian and Charity Establishment (MBRCH), the United Nations High Commissioner for Refugees (UNHCR), the UAE Food Bank, as well as several local charity and humanitarian organisations in beneficiary countries.

Abdul Rahim Al Zarooni expressed his pride in contributing to the success of this humanitarian work. He said: "The 1 Billion Meals initiative launched by His Highness Sheikh Mohammed bin Rashid Al Maktoum, Vice President, Prime Minister and Ruler of Dubai, at the beginning of the Holy Month of Ramadan, is an opportunity for all individuals and institutions to do good during the blessed month."

He added: "Our contribution to this campaign reflects our commitment as the people of this generous nation to an inspiring humanitarian charity campaign that highlights the UAE as a responsible and humanitarian country among others across the world. Our wise leadership has instilled in us a culture of doing good and extending a helping hand through a series of initiatives that consolidate these values established by our ancestors."

He mentioned that today's world faces many challenges, the foremost of which is hunger. Hence, this initiative to feed the hungry in 50 countries is one of the most incredible acts that represent the spirit of the blessed month and translate its values on the ground.

Expressing his pride in his organisation’s support for such a noble humanitarian initiative, Hussain Sajwani said, "The One Billion Meals Campaign is an expression of the UAE’s dedication to humanitarian and solidarity causes. Extending on last year’s 100 Million Meals campaign, this year’s initiative is an affirmation of this commitment, and a proof of the reachability and scalability of such an inspiring and virtuous campaign."

He added, "as global citizens, it is our responsibility to support and nurture a brighter and healthier future generation. In the UAE, we are blessed to be guided under a leadership that is deeply committed to giving and expressing solidarity for their own, as well as others from around the world. It thus gives me great pride to support this worthy cause on behalf of the Foundation."

Donors can contribute to the 1 Billion Meals initiative through the following donation channels:

Individuals can also opt to donate AED1 a day through a monthly subscription by sending "Meal" or "وجبة" via SMS to 1020 on the du network or 1110 on the Etisalat network. Donations can also be made through the campaign’s call centre via a toll-free number 8009999.