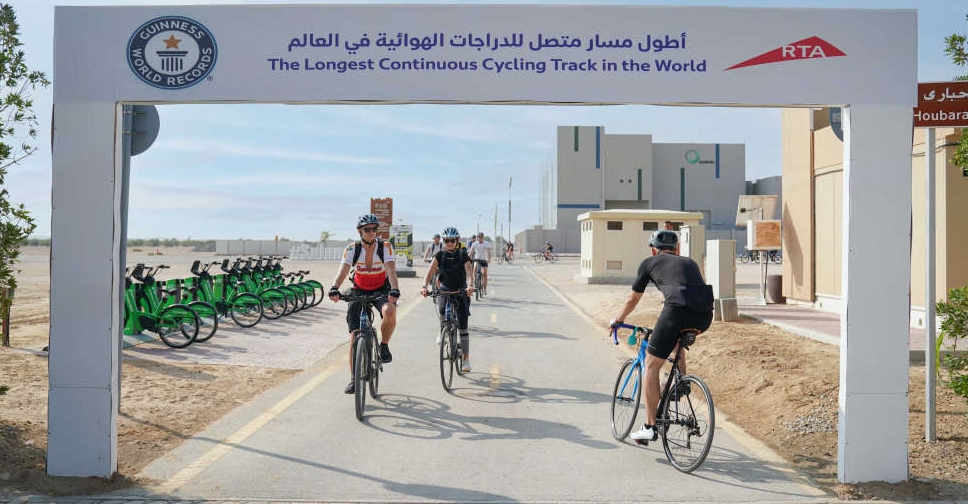 Dubai has set another world record - this time it's for the longest continuous cycling path.

A marble plaque engraved with the Guinness World Records logo has been installed at the starting point of Al Qudra Cycling Track, near Last Exit Al Qudra.

She said that the total length of the cycling lanes in Dubai reached about 542km in the first quarter of 2022, and the RTA plans to expand it to 819km by the end of 2026.

"Al Qudra cycling track has sub-tracks that extend 135 km along with the original track. It is equipped with emergency call phones distributed over 30 points along the track, in addition to shaded places with seats, restaurants and toilets as well as bike rental shops," explained bin Adai.

#RTA has achieved a new Guinness World Record that adds to its impressive tally of world records in having Al Qudra Cycling Track, spanning 80.6 km.https://t.co/QDevSRq74W@GWR pic.twitter.com/OqfYyewmjh

Al Qudra Cycle Track boasts of captivating natural tourist views and has shaped into one of the best camping destinations that attracts considerable numbers of cycling enthusiasts.