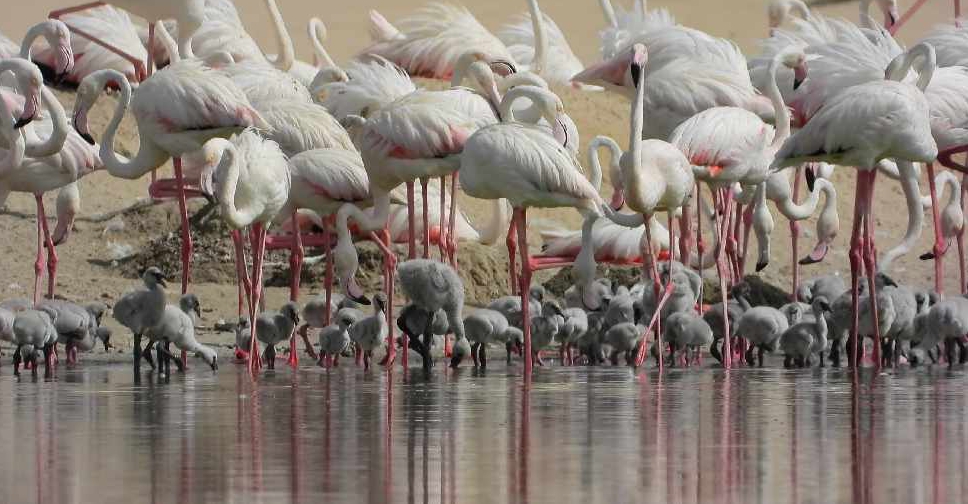 Due to the successful early start to the annual bird nesting season, the Al Watbha Wetland Reserve is closing from March 31 to November, 2021.

The announcement was made by the Environment Agency – Abu Dhabi (EAD).

The agency said the flamingo nesting started in February, as opposed to March, and they have already recorded 1,000 nests, indicating that the season will be successful.

To protect the nests, EAD believes it is vital to close the Reserve, especially with the hot summer months approaching.

Maintenance of the reserve will get underway shortly to improve the facilities and experience for visitors.

Five other bird species have also started nesting. These include both important migratory and resident species such as the Kentish Plover, Black-winged Stilt, Red-wattled Lapwing, Ring Plover and White-tailed Lapwing.

They are nesting on the ground close to the roads and around the lakes.

Ahmed Alhashmi, Acting Executive Director, Terrestrial and Marine Biodiversity at EAD said, "We were extremely happy to witness the early flamingo nesting season, which started last month, and to ensure that the nesting season continues successfully, we have decided to close Al Watbha Wetland Reserve, as part of our commitment towards the conservation of our bird species and the reserve's biodiversity.

"The success of the reserve in attracting important birds for nesting is a positive indication of the improvement of conditions and the provision of a suitable environment for the birds to breed. This indicates the sustainability of the ecosystems in the reserve, as well as the good management and protection, which enhanced the willingness of these species to start nesting and increase their numbers."

Al Watbha Wetland Reserve has proven to be extremely popular with the number of visitors reaching more than 17,000 since the beginning of January, and it is expected that the total number for the season will reach more than 20,000. The reserve was receiving visitors for two days a week, and this is the highest number of visitors to the reserve since it opened to the public in 2014.