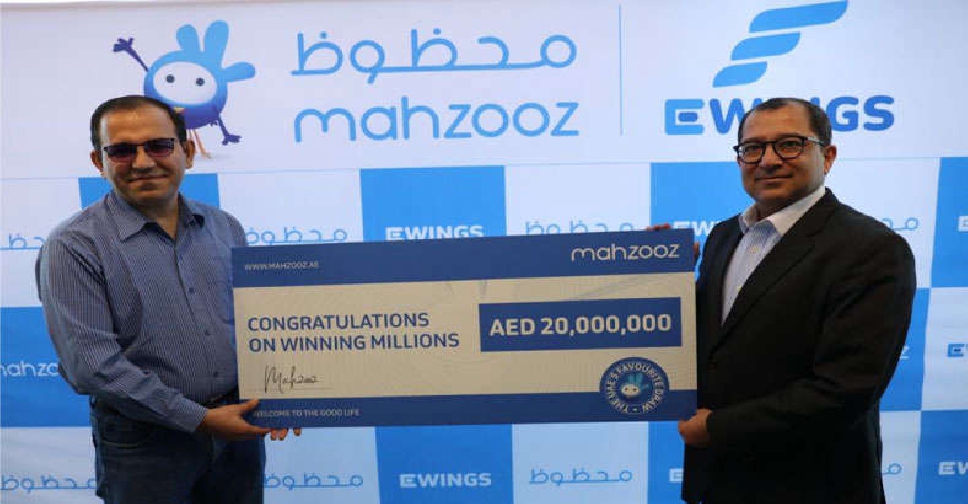 An Indian mechanical engineer has won a life-changing prize of AED 20 million.

The 48-year-old father of three has been taking part in the Mahzooz draw regularly with the sole intention of winning only the guaranteed raffle draw of AED 100,000. Not even in his wildest dreams did he anticipate taking home AED 20 million instead.

"I had goosebumps when I received the email from Mahzooz on that memorable night. While getting ready for bed, I received an email from Mahzooz, but I assumed that I had won either the third prize of AED 350 or the AED 100,000 raffle draw prize. With the aid of this money, my family and I will be able to pursue all of our aspirations," said an ecstatic Dalip.

Dalip added that he is is determined to give his family - his wife, three children aged 25, 23 and 20 years old as well as his aging parents - all the comforts of life possible with the prize money.

"I couldn't have saved this much even if I had worked for a hundred years," said the engineer who spent more than a decade away from his family working in the steel industry.

Dalip’s greatest desire is to retire and reside in a state-of-the-art house in India in the future. But his first and immediate indulgence, will be buying the latest iPhone besides travelling around the world with his family.

He also intends to invest and settle down with his family in the UAE as he believes that his life changed for the better while he was participating with a homegrown brand from the UAE.

"This was part of our latest promotion, which offered participants the chance to win AED 20m instead of the usual AED 10m and I am very happy that the promotion didn’t end before that top prize was claimed," he added.