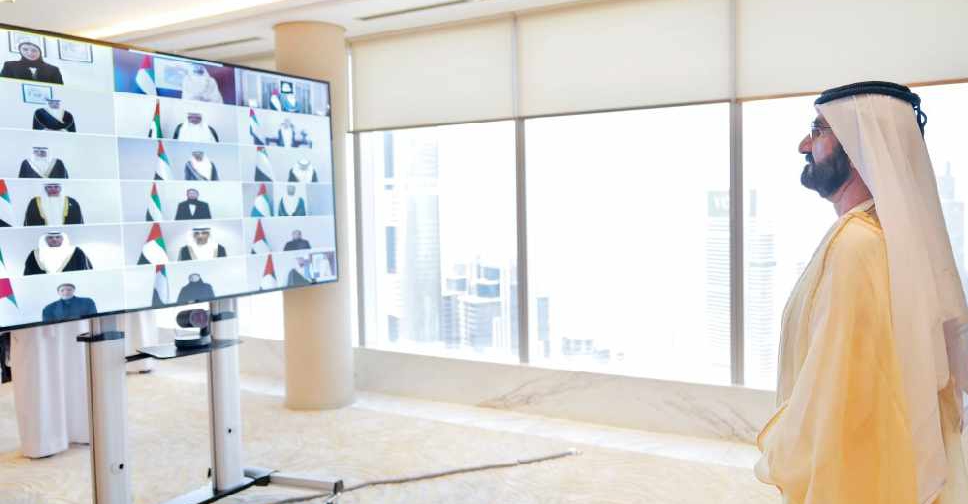 The UAE’s new cabinet ministers have taken their oaths before His Highness Sheikh Mohammed bin Rashid Al Maktoum, Vice President and Prime Minister of the UAE and Ruler of Dubai, during a remote swearing-in ceremony.

Sheikh Mohammed bin Rashid said that the UAE government reflects the vision of President His Highness Sheikh Khalifa bin Zayed Al Nahyan, and is now entering a new phase tasked with preparing for the next 50 years of the country's development.

"With the support of my brother His Highness Sheikh Mohamed bin Zayed, the UAE government has been swift in responding to the new global changes. We are among the top countries in the world in terms of proactively responding to surrounding challenges, taking proper decisions and resetting our priorities," Sheikh Mohammed explained.

Sheikh Mohamed bin Zayed said: "The UAE has entered a new phase of effectiveness in the government work led by my brother Sheikh Mohammed bin Rashid. The UAE has always been proactive in dealing with transformations with creative thinking and forward-looking visions. My best wishes for the new government team that took the oath to serve the UAE and its people."

Last week, Sheikh Mohammed announced the merger of ministries and departments in a UAE Cabinet reshuffle to create a more agile government.

The new structure includes the closure of 50 per cent of government services centres and their transformation into digital platforms within a period of two years, and the mergers of around 50 per cent of federal authorities with other authorities or ministries, in addition to the appointments of new ministers of state and CEOs of specialised sectors.

The new ministries include the Ministry of Industry and Advanced Technology, which will develop the country’s industrial sector. Three ministers will also be appointed under the Ministry of Economy, as well as a Minister of State for Digital Economy, Artificial Intelligence and Remote Work Applications, while a UAE Government Media Office will be established.