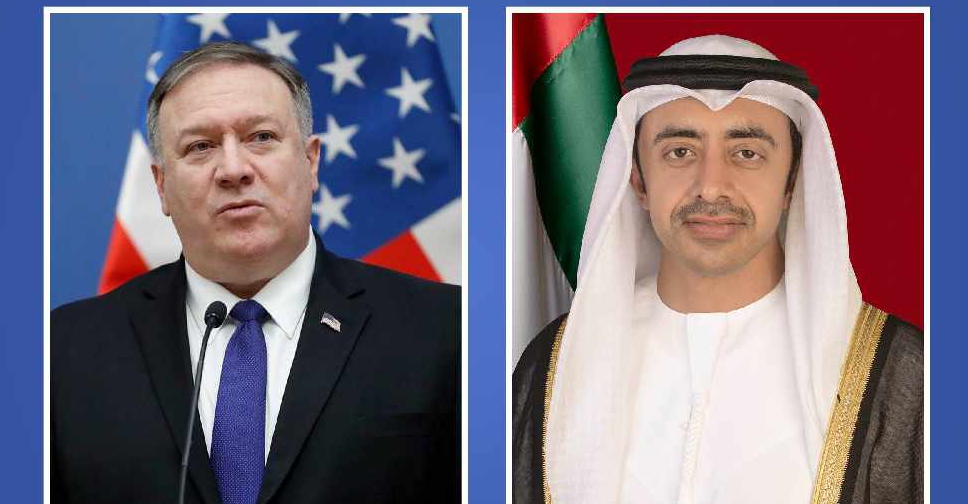 His Highness Sheikh Abdullah bin Zayed Al Nahyan, Minister of Foreign Affairs and International Cooperation, has launched a new partnership initiative with the US Secretary of State, Mike Pompeo.

The Inaugural Strategic Dialogue has been set up between the UAE and the US to further develop bilateral ties and solidify the nations' close relations.

Sheikh Abdullah highlighted that one of the key pillars is the growing trade and investment relationship.

The UAE has been the top export destination for the US in the Middle East for the past 11 years.

He also praised the US Administration for its efforts to bring peace to the Middle East.

"Not so long ago, I was honoured to be on the White House lawn, celebrating the Abraham Accords. Today, we see another important milestone in the relationship between the UAE and Israel," Sheikh Abdullah said, referring to the UAE delegation’s visit to Israel on Tuesday.

He added that the Abraham Accords would not have been possible without the persistence of the Trump Administration, and the personal efforts of Secretary Pompeo and his team.

"The voices of extremism and radicalism are still gaining momentum. We saw that recently in Paris and we have to double down on our efforts together in overcoming these extreme radical voices," he emphasised.

"There is no doubt in my mind that your administration and many countries around the world are willing and capable [to fight terrorism]. We have to make sure our efforts succeed," Sheikh Abdullah stressed.

He also highlighted the relevance of the 123 Agreement the UAE signed with the US in 2009 for peaceful nuclear cooperation.

The US Secretary of State said the countries' relationship has been growing deeper and broader, and the inaugural US-UAE Strategic Dialogue is evidence of that.

The Abraham Accords will create more opportunities for peace in the Middle East and across the world, Pompeo observed, adding that "President Trump had described the UAE as a nation full of hope."

"The Trump administration prioritises this relationship so highly. We work alongside [each other] for peace in many other countries across the Middle East," Pompeo explained.

He also said that both nations value the protection of religious freedoms, human rights and action against human trafficking.

The Secretary of State stated that "We both engage in a number of regional issues, including Libya and Yemen...We stand together on the international stage [on many issues] and we are working together to hold peace and security in the region."

Following the launch event, Dr Anwar bin Mohammed Gargash, Minister of State for Foreign Affairs, and John Rakolta Jr., the US Ambassador to the UAE, signed the agreement to create the Strategic Dialogue before chairing the first session.