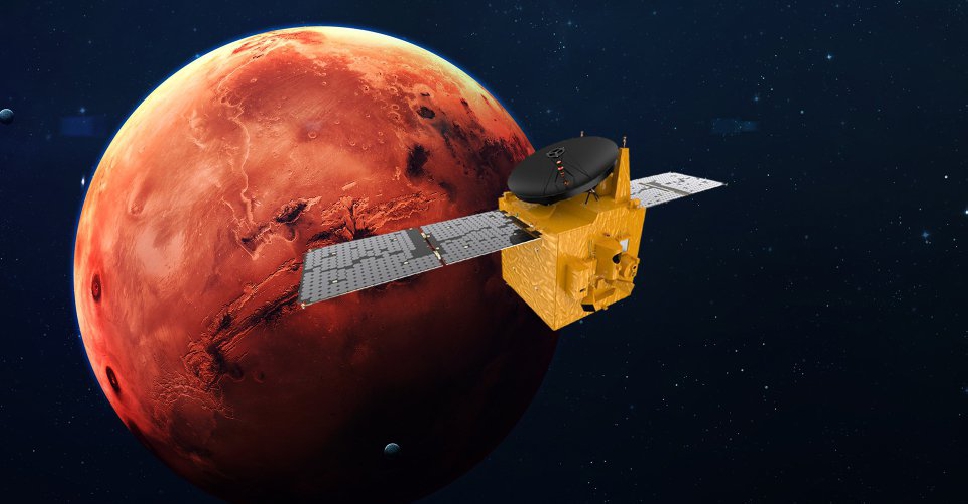 Their Highnesses the Supreme Council Members and Rulers of the Emirates have extended their congratulations to President His Highness Sheikh Khalifa bin Zayed Al Nahyan on the success of the Hope Probe's Mars Mission.

His Highness Dr. Sheikh Sultan bin Muhammad Al Qasimi, Supreme Council Member and Ruler of Sharjah, said the UAE ambition has no limits, and its endeavours to serve humanity have been its primary concern since its union was established 50 years ago.

His Highness Sheikh Humaid bin Rashid Al Nuaimi, Supreme Council Member and Ruler of Ajman, commented: "Today is an extraordinary day in the history of our nation, as well as the Arab and Islamic world, as the Hope Probe is set to reach Mars.

Sheikh Humaid said the Hope Probe project underscores the confidence of the country’s leadership in the Emirati youth, as it believes in their pivotal role in consolidating the process of national development.

"Following on the footsteps of the late Sheikh Zayed bin Sultan Al Nahyan, the wise leadership worked very hard to build national capabilities and their effort paid off with the an all Emirati team overseeing planning, execution and management of the Mars Mission, translating the leadership's vision into achievements," he said.

His Highness Sheikh Hamad bin Mohammed Al Sharqi, Supreme Council Member and Ruler of Fujairah, affirmed that the UAE has won the race to the space and the mission ushered in the future of space exploration. ''We are confident of success because our nation's loyal young men have planned and implemented the Emirates Mars Mission. We are setting an example of remarkable success for the generations to come."

The dream of the Founding Father, the late Sheikh Zayed bin Sultan, to reach the Red Planet has become a reality today, he noted.

"Thanks to the leadership's unlimited support, the people of the UAE demonstrated that there is no impossible in their dictionary."