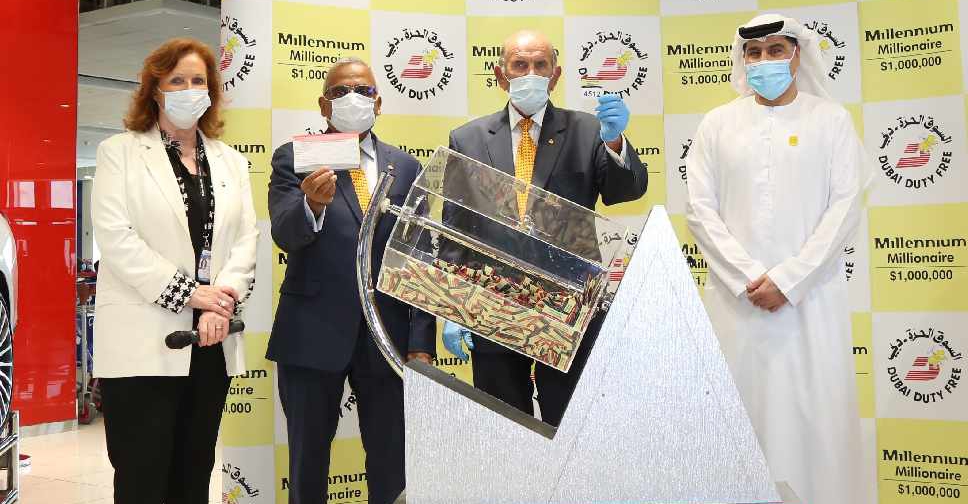 Anub Pillai hit the jackpot with ticket number 4512 (Series 341), which he bought online on October 4.

The 46-year-old, who has been living in Dubai for 21 years, works as a senior MEP manager for a building and infrastructure contracting company.

He has been a regular participant in the Dubai Duty Free promotion for 10 years now.

Pillai, who hails from Kerala is the 169th Indian national to have won US$1 million since the start of the Millennium Millionaire promotion in 1999.

"Unlike other similar promotions in the UAE, Dubai Duty Free’s advantage of selling only 5000 tickets per series gives people like me a better opportunity to win," said Pillai.

Meanwhile, three others walked away with a luxury car and two motorbikes as part of the Dubai Duty Free Finest Surprise draw.

Kathleen Lising, a 37-year-old Filipino national based in Sharjah won a Mercedes Benz AMG GT 43 (Diamond White) with ticket number 0491 which she purchased online on October 1.

Lising said couldn’t contain her excitement to share the good news to her four other colleagues with whom she shared the ticket cost.

"I’ve been participating in the Dubai Duty Free promotion for 3 years now and this is the second time I had the ticket named after my son. Thank you Dubai Duty Free for this unforgettable win," said the father Ronald Ramos.