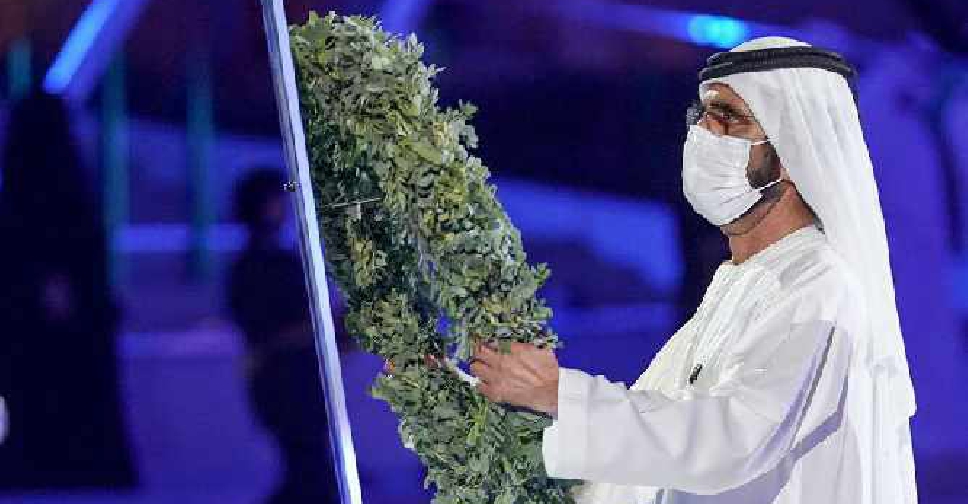 His Highness Sheikh Mohammed bin Rashid Al Maktoum, Vice-President and Prime Minister of the UAE and Ruler of Dubai, has attended the ‘Commemoration Day’ ceremony at Wahat Al Karama in Abu Dhabi.

Sheikh Mohammed's arrival marked the commencement of the official proceedings.

His Highness approached the Martyr’s Monument as an army band played.

This was followed by a 21-gun salute.

His Highness placed wreaths in front of the monument as a gesture of gratitude for the sacrifices made by the country’s martyrs, followed by the playing of the UAE’s national anthem.

The ceremony was also attended by dozens of senior ministers as well as martyrs' families and frontline heroes who lost their lives battling the COVID-19 pandemic.

Sheikh Mohammed honoured the families of several martyrs and presented them with the ‘Martyr’s Medal’ in tribute to their sacrifices for the nation.

Earlier in the day, His Highness Sheikh Khalifa bin Zayed Al Nahyan, President of the UAE, directed that frontline heroes who lost their lives fighting COVID-19 be honoured with the ‘Fallen Frontline Heroes Order’.

At the event, Saqr Ghobash, Speaker of the Federal National Council (FNC) delivered the ‘Commemoration Day’ speech, in which he highlighted the noble qualities displayed by the martyrs. Ghobash said their sacrifices will always be a source of pride for Emiratis. He affirmed that their heroic actions will forever be etched in the nation’s history and in our hearts.

Ghobash stressed that the martyrs have set the highest example of patriotism and courage. These virtues were instilled in us by the late Sheikh Zayed bin Sultan Al Nahyan, so that the UAE flag always flies high, he noted.

The FNC Speaker said that the same spirit of sacrifice and bravery can be seen in the efforts of frontlines workers, who have worked tirelessly to contain the pandemic, guided by the leadership’s commitment to rapidly return the nation back to normalcy.

Ghobash also expressed his gratitude to the families of martyrs who have displayed exceptional patriotism and loyalty towards the nation. He also hailed members of the armed forces for their valiant efforts to protect the nation.

The UAE Air Force flew a display over Wahat Al Karama to honour the sacrifices and heroism of the country’s martyrs.