Williams out of Wimbledon after late-night thriller 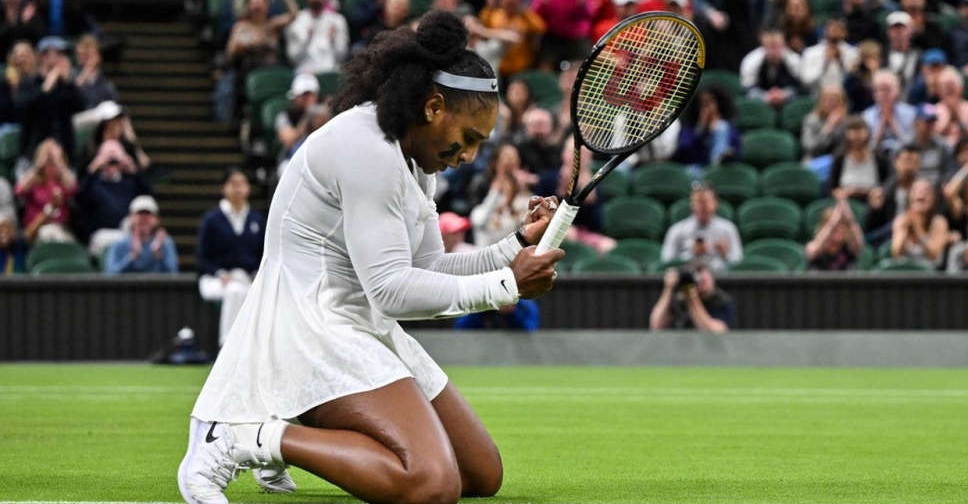 A year after the American retired injured from what many feared would be her last Wimbledon match, her return had been eagerly anticipated but 115th-ranked Tan ripped up the script with a nerve-shredding 7-5 1-6 7-6(7) win.

With the Centre Court roof closed for the final two sets and the time approaching the 11 pm Wimbledon curfew, Tan had one match point snatched away when the 40-year-old Williams served at 5-6 in a rollercoaster deciding set.

A weary Williams then appeared close to victory as she built a 4-0 lead in the 'super tiebreak'.

But Tan, who had never played a Wimbledon main draw match before let alone against one of the game's greats on a fever-pitch show-court, was not done.

Sticking to the slice and slow ball shots that had flummoxed Williams throughout an absorbing duel, she clawed her way into a 9-7 lead before sealing victory as Williams netted a forehand.

Williams, who had not played a singles match since retiring hurt against Aliaksandra Sasnovich here last year, went through every emotion in three hours and 11 minutes of drama and put her fans through the wringer too.

But in the end, a lack of match sharpness proved too much as another quest for a 24th Grand Slam title hit the buffers and the question is will she ever get another chance.

Tan, who had only ever won two Grand Slam main draw matches compared to the 98 won at Wimbledon alone by Williams, could hardly believe what she had done after clinching by far the biggest victory of her modest career.

"I'm so emotional now. Serena is a superstar and when I was young I was watching her so many times on the TV," the 24-year-old said on court. "For my first Wimbledon, it's wow. Just wow.

"When I saw the draw I was really scared. Because it's Serena Williams, she's a legend. I thought if I could win one or two games it was really good for me."