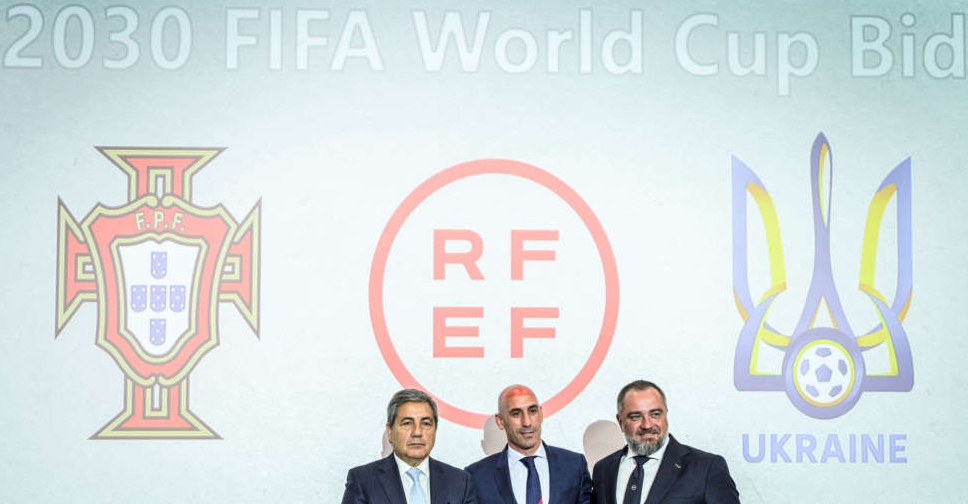 Ukraine has joined Spain and Portugal in their bid to host the 2030 FIFA World Cup.

They said the decision, announced at a news conference at the Swiss headquarters of UEFA, had the full support of European football's governing body and also of the Spanish, Portuguese and Ukrainian governments.

"Our bid is not an Iberian bid anymore, it's a European bid," Luis Rubiales, president of the RFEF, said.

"I'm convinced that now our bid is much better than before. Football is universal and if it is capable of changing the life of people in so many ways it should also be used for doing good," Rubiales added.

The Spain, Portugal and Ukraine bid for the 2030 tournament will compete against other candidacies such as a collaboration between Egypt, Greece and Saudi Arabia, and a joint South American proposal from Uruguay, Argentina, Paraguay and Chile.

Rubiales said the details of integrating Ukraine into the Spanish-Portuguese bid would be hammered out in coming months.

"We are convinced that by 2030 we will have peace in Europe and that Ukraine will be able to host it (the tournament) in the best way possible," said FPF president Fernando Soares Gomes da Silva.

In a statement released on Wednesday, the RFEF said: "The candidacy (of Spain, Portugal and Ukraine) strengthens ties with Europe by generating hope and providing reconstruction tools to the Ukrainian people, who have expressed their pride and gratitude for participating in this project."

The 2022 World Cup will begin on November 20 in Qatar, while the 2026 tournament will take place in the United States, Canada and Mexico.