UAE Team Emirates get season off to perfect start 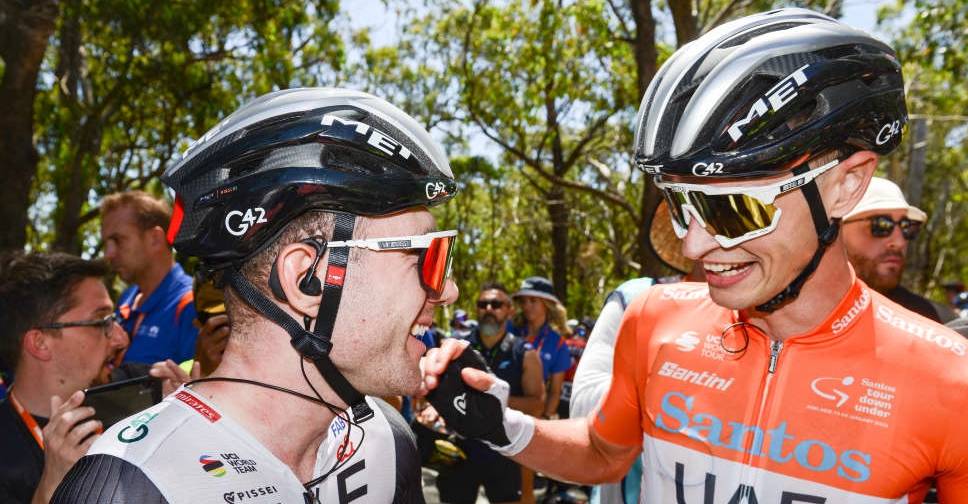 UAE Team Emirates have got the 2023 season off to the perfect start with overall victory at the Tour Down Under in Australia.

Rider Jay Vine has held the leaders Ochre jersey since stage 2, and kept his composure to secure first place on Sunday.

The overall team performance was rewarded with first place in the team classification to compliment the victory of Vine.

"It was pretty hectic at the start of the stage, we really had to be on our toes but I had good guys around me, the team was incredible and they deserve it as much as I do,” he said.

Vine claimed his first World Tour victory in the Tour Down Under with Simon Yates winning a thrilling uphill battle to take the race's final stage.

Australian Vine had the strength to match his efforts, finishing just a bike length behind the British rider but conceding no time.

It is 27-year-old Vine's first World Tour general classification title and continues his rise to prominence in world professional cycling after winning two stages at the Vuelta a Espana last year.

“It feels pretty incredible to be standing here wearing this jersey," added Vine.