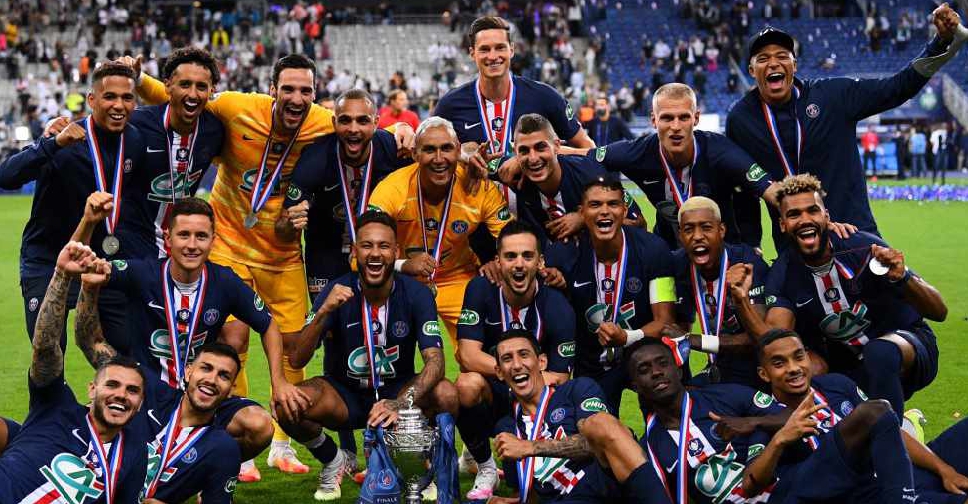 Paris St Germain's Neymar struck early to secure a 1-0 win over 10-man St Etienne as they claimed a record-extending 13th Coupe de France on Friday in a near empty stadium.

The Brazilian scored on the rebound in the 14th minute after PSG fellow forward Kylian Mbappe sprinted clear and saw his shot blocked by goalkeeper Jessy Moulin.

Loic Perrin's rough tackle in the 26th put Mbappe out of the game. The St Etienne captain was sent off in his last game and four other players were booked as tempers briefly flared.

St Etienne kept finding ways into the PSG box even after going a man down but missed out on adding to their six Cup wins.

"We won the final and that is what matter," PSG coach Thomas Tuchel said. His team had lost last year's final to Stade Rennes on penalties.

Only 5,000 fans were allowed into the 80,000-seater Stade de France stadium due to strict health protocols in place to curb the spread of COVID-19.

Earlier, French President Emmanuel Macron had met the players on the pitch but kept his distance and wore a face mask.