Not much love for COVID-19 vaccine at Miami Open 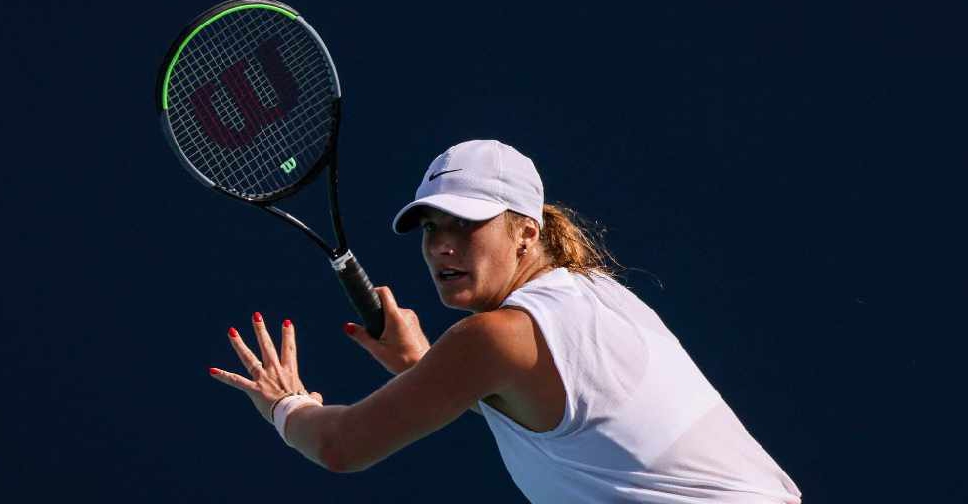 Players at the Miami Open expressed little love for COVID-19 vaccines, with many saying they want more information before getting a shot.

Seventh seeded Aryna Sabalenka expressed more concern over the vaccine than her quarterfinal opponent number one Ash Barty while fifth seed Elina Svitolina said she was inclined to take the advice of friends and wait.

"So far I don't really trust it," Sabalenka told reporters following her fourth round 6-1, 6-2 mugging of Marketa Vondrousova.

"It's tough to say, but I don't really want it yet and I don't want my family (to) take it.

While Sabalenka wants more information about vaccines, the 22-year-old Belarusian is well aware of her next opponent Barty, who advanced into the last eight with a 6-1, 1-6, 6-2 win over Victoria Azarenka.

Of major concern for Sabalenka is how quickly the vaccines were produced, the number that are now available and which one might be best for her.

"I have to speak with my doctors and see which one is better for me," said Sabalenka. "But for now, I don't really trust it.

"They just make it, like really quick and there wasn't enough time to test it and to see what can happen.

"So I think this is not enough time to make the good one."

Svitolina said she would wait because at the moment getting the vaccine makes no sense.

"It will not really help you in many ways because you have to quarantine anyway because ATP and WTA, they oblige you to quarantine anyway, like 24 hours as soon as you get it," said the Ukrainian, who advanced to the quarters with 2-6, 7-5, 7-5 decision over ninth seeded Czech Petra Kvitova.

"Okay, you will reduce your symptoms if you get it, but still, there is a chance that you can get it.

"So for now it makes almost, like, no sense to do something that has been tested for such a short period of time."

"For me, I will probably wait for now."

Not everyone at the Miami Open is as resistant to the idea of getting the vaccine, Australian Open winner Naomi Osaka saying she will get one when it is her turn.

"I'm planning on getting one," said Osaka. "For me, I feel like whenever I'm eligible, I guess."