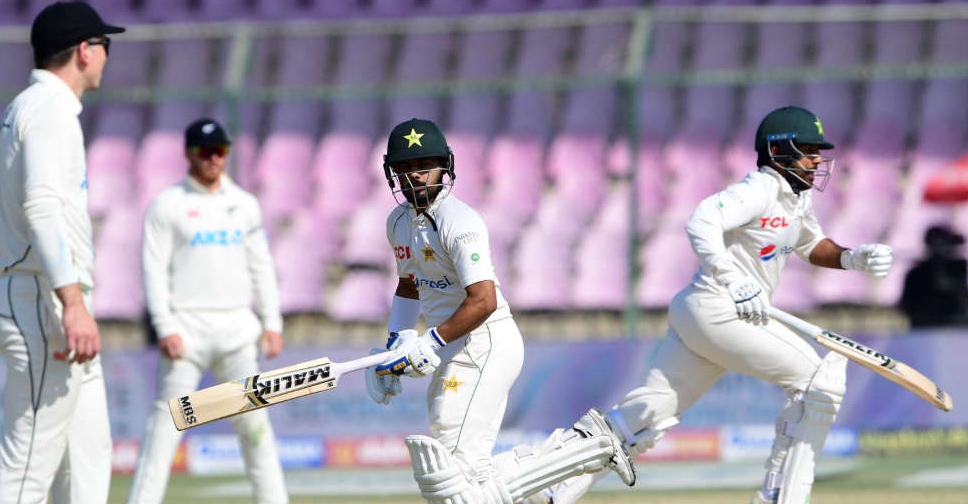 Pakistan wicketkeeper-batsman Sarfaraz Ahmed's counter-attacking hundred foiled New Zealand's bid for a series-clinching victory as the second test between the sides ended in a dramatic draw.

New Zealand were one wicket away from winning the match on an action-packed final day on Friday while Pakistan were 15 runs short of victory when bad light stopped play resulting in a 0-0 series stalemate.

Chasing 319 for victory, Pakistan had lost two wickets without a run on the board on Thursday and New Zealand took the upper hand claiming three wickets in the final day's morning session.

Imam stepped out against Ish Sodhi only to lose his stumps and Shan charged down against Michael Bracewell (4-75) and ended up offering a swirling skier to Kane Williamson.

Bracewell had Babar Azam caught down the leg side by Tom Latham, who replaced the injured Tom Blundell behind the stumps.

Sarfaraz, whose career-best 118 was his first test hundred since 2014, turned the match on its head with a 123-run stand with Saud Shakeel (32).

They ensured Pakistan did not lose a wicket in the second session and turned the heat on New Zealand.

With light fading, New Zealand could not use their seamers and Tim Southee, in his first series as test captain, had spin from both ends.

Bracewell dismissed Sarfaraz to put New Zealand on the cusp of victory but Naseem Shah and Abrar Ahmed hung on gamely to force a draw with Pakistan on 304-9.

"It came down to those last moments, great end to 10 days of pretty tough toil," Southee, in his first series as New Zealand's test captain, said at the presentation ceremony.

"We got ourselves to push for a win but Sarfaraz played with intent and took the game away from us in the second session."

"It was a dream comeback for Sarfaraz," Babar said.

"We kept backing him and it's very heartening to see his response when the opportunity came."