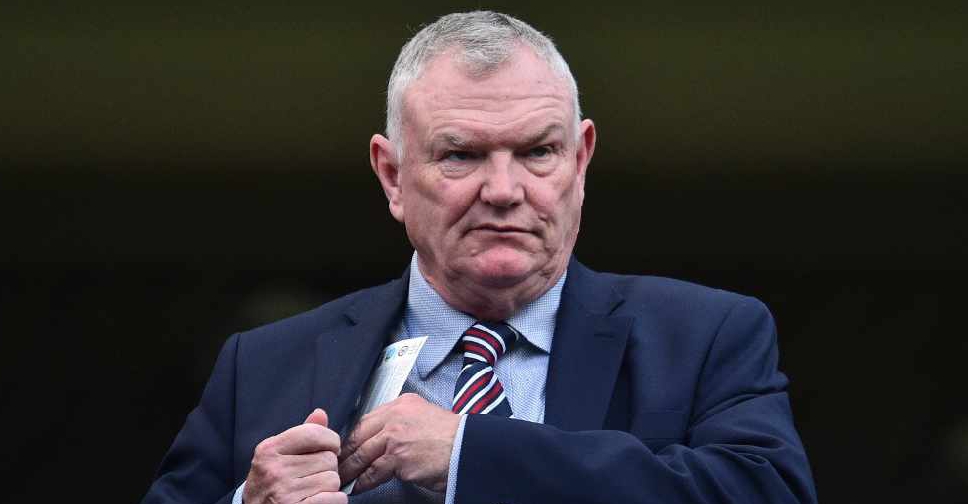 Greg Clarke has resigned as English Football Association chairman hours after referring to "coloured footballers" during questions from members of parliament on Tuesday.

The 63-year-old was widely criticised after making a series of inappropriate comments while taking questions from members of the Digital, Culture, Media & Sport (DCMS) select committee.

"We can confirm that Greg Clarke has stepped down from his role as our chairman," the FA said in a statement.

"Peter McCormick will step into the role as interim FA Chairman with immediate effect and the FA Board will begin the process of identifying and appointing a new chair in due course."

Former Leicester City chairman Clarke, 63, was appointed by the FA in 2016 since when the governing body has worked hard to improve its stuffy image and become more inclusive.

In 2018, the FA launched its Pursuit of Progress initiative, aimed at increasing the diversity of those playing, officiating, coaching, leading and governing English football.

However, Clarke's outdated terminology on Tuesday led to outrage amongst anti-racism organisations and players.

"I was extremely disappointed to see Greg Clarke's comments today in the DCMS select committee," said Kick It Out chairman Sanjay Bhandari.

"His use of outdated language to describe black and Asian people as "coloured" is from decades ago and should remain consigned to the dustbin of history."

Clarke was attending the DCMS meeting remotely to discuss the Premier League's financial rescue package for the English Football League (EFL) in light of the COVID-19 pandemic.

But when questions turned to diversity in English football and within the FA's own ranks he began to score verbal own goals at an alarming rate.

Clarke later issued a statement of apology but said he has been considering standing down anyway.

"My unacceptable words in front of Parliament were a disservice to our game and to those who watch, play, referee and administer it. This has crystallised my resolve to move on," he said.

"I'm deeply saddened that I offended those diverse communities in football that I and others worked so hard to include."