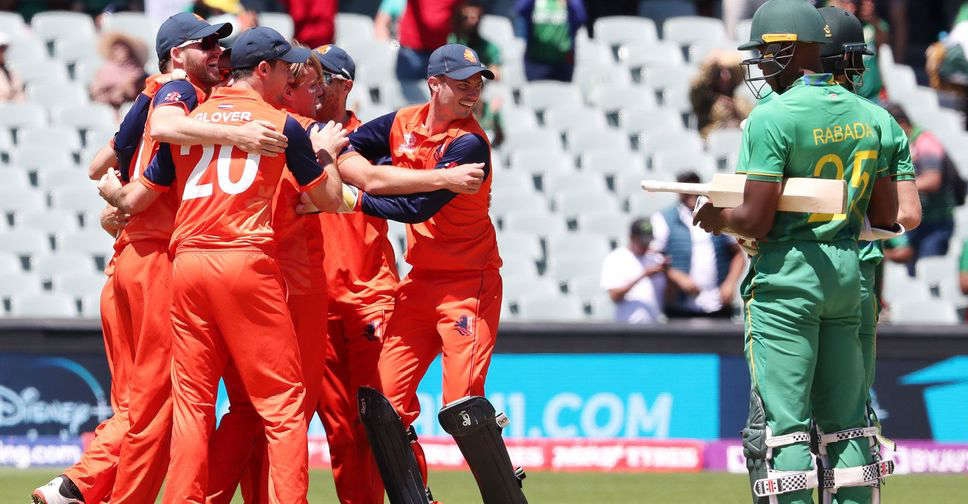 South Africa were effectively eliminated from the T20 World Cup following their 13-run defeat to the Netherlands, who finished their Group 2 campaign with a major upset at the Adelaide Oval on Sunday.

Chasing 159 for victory, South Africa's batting let them down as Temba Bavuma's men finished on 145-8.

The outcome sent India, who face Zimbabwe later in the day, through to semi-finals while the Pakistan v Bangladesh match becomes a virtual knockout.

The Netherlands' top four batters made useful contribution to power the Dutch side to 158-4 after being put into bat at the Adelaide Oval.

Stephan Myburgh (37) and Max O'Dowd (29) gave them a decent start adding 58 runs for the opening stand.

Tom Cooper made 35 and Colin Ackermann chipped in with an unbeaten 41 to take them past the 150-mark.

South Africa struggled to get going in their reply losing both their openers - Quinton de Kock and skipper Bavuma -- inside the powerplay.

Brandon Glover, who claimed three wickets for nine runs, then scythed South Africa's middle order to set up a memorable victory for the Dutch side.