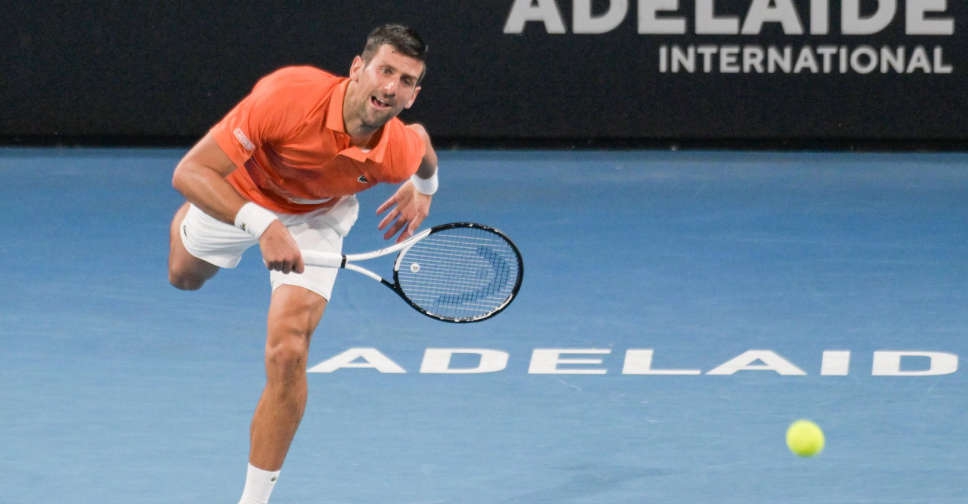 Novak Djokovic overcame an injury scare midway through his match against Daniil Medvedev on Saturday to mow down the Russian 6-3 and 6-4 and storm into the Adelaide International 1 final.

In a blockbuster Australian Open warm-up meeting between the two former world number ones, it was 21-time Grand Slam champion Djokovic who shot out of the blocks quickest as he surged to a 4-2 lead in the opening set.

Djokovic was in some discomfort in the seventh game after hyper-extending his left hamstring while stretching to make a forehand, but he soldiered on and pulled off an exquisite lob before taking a medical timeout for treatment.

The 35-year-old Serb claimed the opening set and raised his game at 3-3 in the next by producing a blistering return, and a smooth pass at the net before Medvedev surrendered his serve with a double fault on the breakpoint.

Djokovic saved a break point with a 200 kmph second serve before holding firm from there to seal a comfortable victory.

"Thankfully it was nothing too serious," Djokovic said of his injury in an on-court interview. "If it was I wouldn't be able to continue. I took anti-inflammatory (medication) and settled in.

"I was trying to keep the momentum going and not allow him to break my serve. That was the key. Eventually, I would get a chance. The longer the match went on, my hamstring got warmer and bothered me less.

"Hopefully for tomorrow it'll be fine."

The Jan. 16-29 Australian Open will be without world number one Carlos Alcaraz following his leg injury and the organisers of the Melbourne Park major would have endured tense moments after nine-time champion Djokovic clutched his leg.

"... For me at this level, at this stage of my career and my life after quite a few years of professional tennis, every match counts, and every match is a present in a way," Djokovic said.

"I try to give my best and win wherever I am."

Up next for Djokovic is Korda, who reached the final after Japan's Yoshihito Nishioka retired due to an injury with the score at 7-6(5) 1-0.