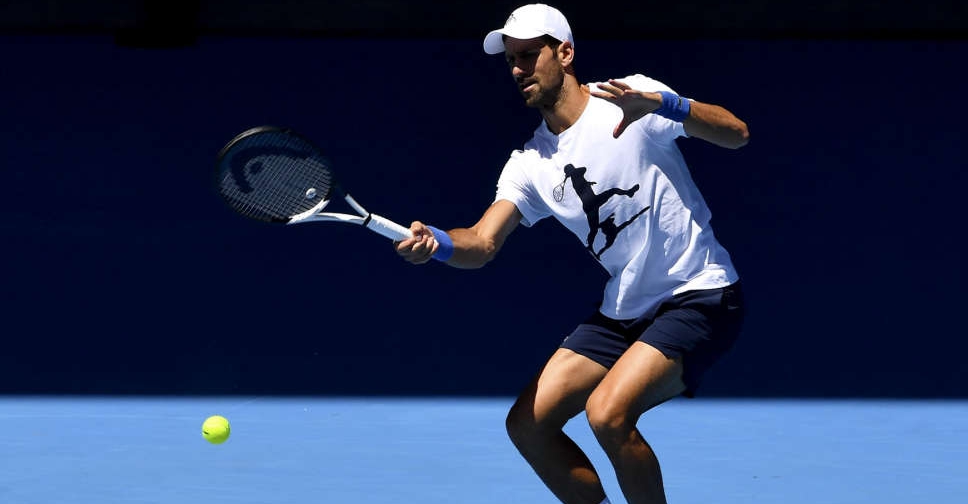 Djokovic said his controversial deportation ahead of last year's Australian Open proved an unlikely catalyst for success in 2022, allowing him to regroup on the practice court before bouncing back with key titles.

The Serb trained hard in the months after being deported and barred from competing in the United States for not being vaccinated against COVID-19.

He later won his seventh Wimbledon crown and capped a year of disruption by winning the ATP Tour Finals for a sixth time in Turin.

Back at Melbourne Park after the Australian government lifted his visa ban, Djokovic said missing events due to his vaccination stance had renewed his determination on the training court.

"Yes, absolutely. I mean, you normally, as a professional tennis player on the highest level, don't have much time to really have a longer training block," Djokovic told reporters on Saturday.

"The fact that I wasn't playing for several months beginning of last year allowed me to really get together with my team and work on my body, on my strokes, which has later helped me to achieve some great results."

Djokovic told local broadcaster Nine Network that he felt like "the villain of the world" last year in Melbourne, where he was detained at a hotel with asylum-seekers before being deported.

However, he was warmly received by a packed crowd at Rod Laver Arena on Friday night during a practice match against home hero Nick Kyrgios.

Djokovic, who will bid for a record-extending 10th Australian Open crown, said he had no choice but to move on from last year's events.

"Well, you have to. I mean, in a way, if I do hold the grudges, probably if I'm not able to move on, I wouldn't be here," he told reporters.

"Also, I have to say that the amount of positive experiences I had in Australia overwhelm the negative experience maybe of last year."

The 35-year-old said he was still cautious about a hamstring strain he picked up in Adelaide and was training lighter than usual to conserve his energy.

There was no holding back on his motivation to grab another Melbourne Park crown, though, and draw level with champion Rafa Nadal in the Grand Slam race with a 22nd major title.

"That's why I keep on playing professional tennis, competition tennis because I want to be the best, I want to win the biggest tournaments in the world," said Djokovic, who opens his tournament against unseeded Spaniard Roberto Carballes Baena.

"There is no secret about it. It doesn't get bigger than this.