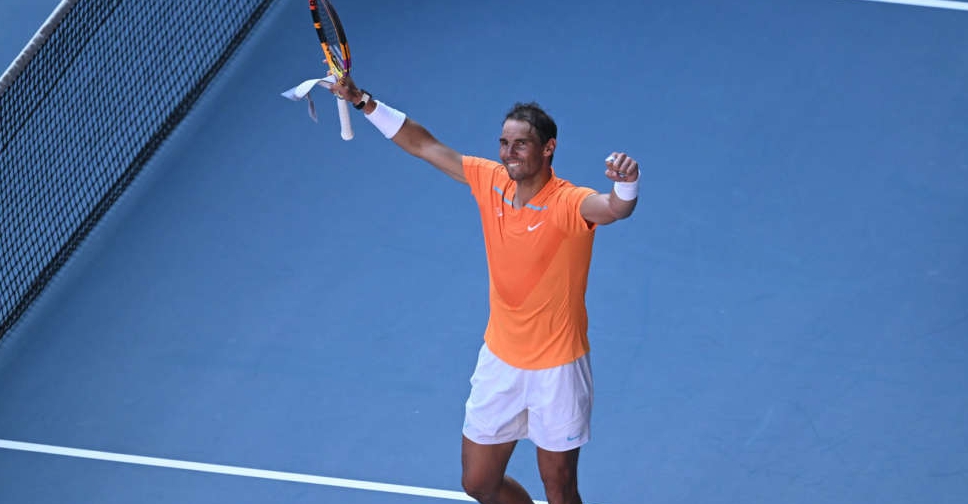 Defending champion Rafael Nadal shrugged off a rocky build-up to reach the Australian Open second round with a four-set win over ailing Jack Draper on Monday.

Spaniard Nadal came into Melbourne Park with only one victory since the US Open and was on the back foot against Draper on a warm and sunny afternoon at Rod Laver Arena before leg trouble struck the 21-year-old Briton.

With Draper's injury reducing him to a groaning wreck, Nadal finished strongly to close out the match 7-5 2-6 6-4 6-1.

A year on from the "Miracle of Melbourne", when Nadal came back from two sets down to topple Daniil Medvedev in a classic final, the Spaniard was just happy to get through to his next match against American Mackenzie McDonald.

"If we put it in perspective of what I've been through in the last six months, it was a positive start," the 36-year-old said on court.

"I played against one of the toughest opponents possible in the first round. He's young, he has the power and I think he has a great future in front (of him)."

Nadal's win will have been a relief for organisers, with one of the biggest drawcards in Kyrgios bowing out because of a knee problem on the eve of his opener.

There were also fears over the fitness of Novak Djokovic after reports the nine-times champion had cancelled a second successive training session ahead of his opening match on Tuesday.

The Serb, who missed last year's tournament after being deported from Australia over his lack of COVID-19 vaccination, has been nursing a hamstring strain.