Americans Gauff, Pegula off at a canter at Australian Open 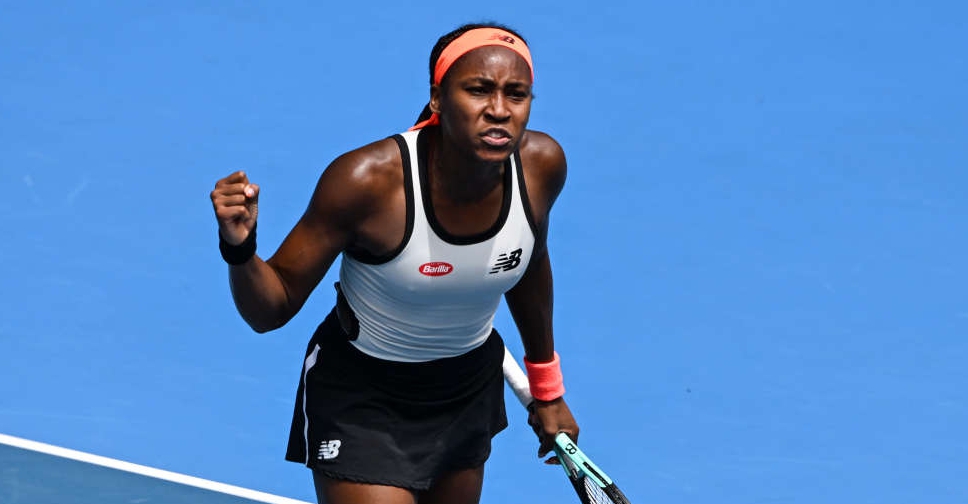 In-form Americans Jessica Pegula and Coco Gauff wasted little time in racing into the second round of the Australian Open on the opening day, briskly swatting aside their opponents in bright sunshine on Monday.

Pegula, seeded third behind Iga Swiatek and Ons Jabeur, hit her stride early in the new season by helping the United States win the inaugural United Cup and took less than an hour to see off Jaqueline Cristian 6-0 6-1.

The 28-year-old simply overpowered her Romanian opponent and there were loud cheers from the Margaret Court Arena crowd when Cristian held serve in the second set to avoid the dreaded 'double bagel'.

"Today's just one of those days, everything's working, I think you just take them as they come throughout the year and I'll just enjoy it," said Pegula, who will next play Brenda Fruhvirtova or Aliaksandra Sasnovich.

"It's definitely fun coming in as a top seed, it's a new experience for me."

Amanda Anisimova was unable to continue the good start for American women at the first Grand Slam since Serena Williams hung up her racket as the 28th seed tumbled out 6-3 6-4 at the hands of Ukrainian Marta Kostyuk.

There were also convincing early wins on Monday for two former U.S. Open champions who have been unable to build on their Grand Slam success.

Briton Raducanu, now 20, will next face teenager Gauff, who came into the year's first Grand Slam on the back of a title win in Auckland and confirmed her good form with a 6-1 6-4 win over Katerina Siniakova on Rod Laver Arena.

Showcasing her great athleticism and improving skills at the net, Gauff raced through the opening set in 22 minutes before Czech Siniakova found her range with the forehand to put up a fight in the second.

Seventh seed Gauff had to come back from a break down in the second set and faced three break points as she served for the match but was happy with her performance.

"I'm really pleased with myself," the 18-year-old said. "Katerina's a fighter and we saw that today. We had some excellent points in the last game but I think I just stayed mentally there."

Top seeds Swiatek and Rafa Nadal open their campaigns in the evening session at Melbourne Park.