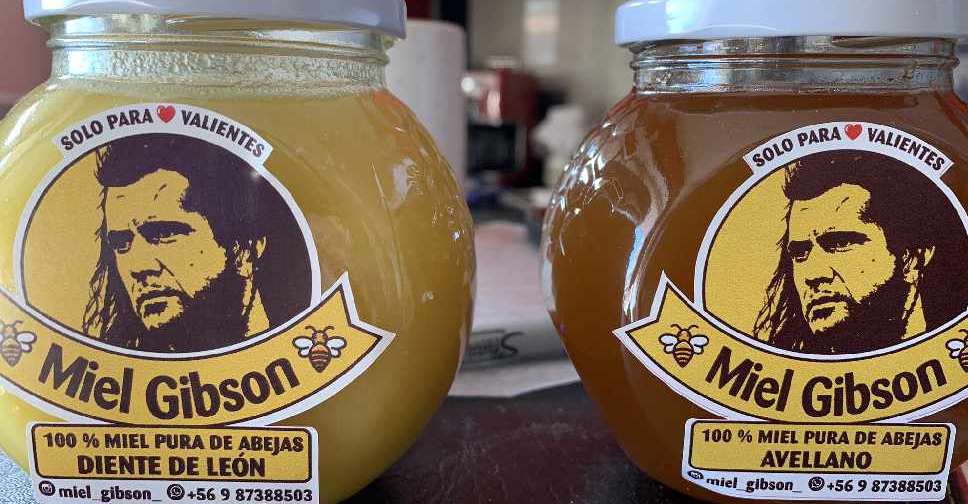 A pun on the Spanish word for "honey" and the name of one of the world's most famous actors has landed a small scale Chilean vendor in a less-than-sweet spot.

Yohanna Agurto used an image of Mel Gibson from the 1995 movie Braveheart to promote her honey 'Miel Gibson' along with the slogan "only for the brave."

This week she received a letter from the actor's lawyers saying her use of his name and likeness violated Gibson's rights, and threatening legal action if she did not withdraw the product immediately.

The letter was signed by an assistant to Leigh Brecheen, a California-based lawyer.

Breechen told Reuters the letter was aimed at preventing the use of Gibson's image, not banning the honey's name.

"You need to get permission to use or duplicate a photo still from a film, which is owned by the respective studio that released the film," she said. "None of this is meant to prevent anyone from earning an income or creating a business, but there are proper channels to contact and clearances you need to go through to make sure you have the approval for such usage."

Agurto told Reuters from her home in the capital Santiago she was so frightened on receiving the letter on Wednesday that she deleted her work email account.

She had only started repacking and selling the southern Chilean product in June after the spread of the coronavirus caused widespread unemployment, she said, adding she only earned enough to support her family.

"This arose out of necessity. I was left without work due to the pandemic," Agurto said.

After she shared the letter with Chilean media, she said, her following on social media grew "exponentially."

On Thursday, she addressed an appeal directly to the actor on Twitter: "Dear #MelGibson, would you let us use your image on our honey please? Mis kids and me we would be infinitely grateful. Our honey is only for brave hearts."

Gibson's spokesman did not immediately respond to a request for comment.