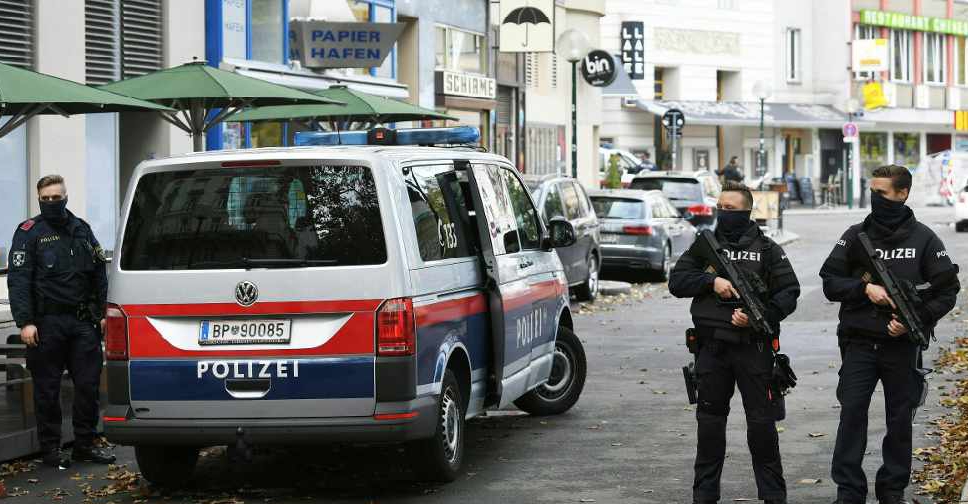 Two people were arrested near Vienna on Tuesday, according to the APA news agency, as police hunted accomplices of a gunman or gunmen who killed four people in the Austrian capital.

In an early morning televised news conference, Interior Minister Karl Nehammer repeated calls for the public to stay off the streets.

He said police had shot dead one attacker on Monday night, a man wearing an explosives belt that turned out to be fake. Authorities identified him as an IS-sympathiser.

The government announced three days of national mourning, and a minute's silence at noon.

Authorities and witnesses were not immediately able to rule out the possibility there had been other gunmen.

Police confirmed on Tuesday that three civilians had been killed, and at least 15 others wounded, including a police officer. The national broadcaster ORF later said a fourth civilian had died.

Seven of the injured were in a life-threatening condition, the APA news agency said.

APA quoted police as saying two arrests had been made in the nearby town of St Poelten. The Kurier news site reported that heavily armed police had searched two properties.

Witnesses had described crowds being fired on in bars with automatic rifles at six different locations on Monday night, as many people took advantage of a last evening out before the start of a nationwide coronavirus curfew.

Vienna's police chief declined to provide further details on the known attacker's identity, saying it might endanger the investigation.