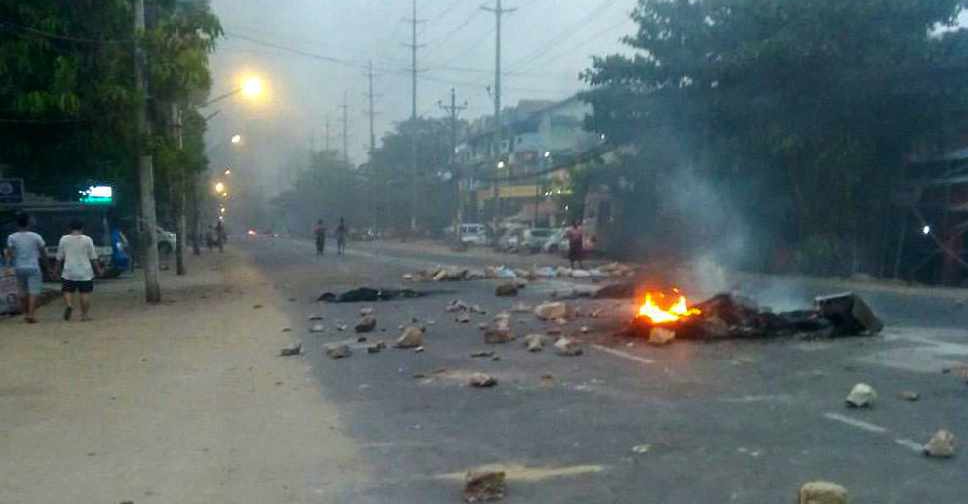 Myanmar security forces opened fire on Sunday, witnesses said, at people gathered for the funeral of one of the 114 people killed the previous day, the bloodiest day of protests since the military coup.

There were no immediate reports of casualties in the firing on the funeral in the town of Bago, near the commercial capital Yangon, according to three people who spoke to Reuters.

Two people were killed in firing on protests on Sunday in separate incidents elsewhere, witnesses and news reports said. One person was killed when troops opened fire overnight on a group of protesters near the capital Naypyitaw, Myanmar Now news reported.

So far on Sunday there were no reports of large-scale protests in Yangon or in the country's second city, Mandalay, which bore the brunt of the casualties on Saturday, Myanmar's Armed Forces Day. Funerals were held in many places.

At least six children between the ages of 10 and 16 were among those killed on Saturday, according to news reports and witnesses.

The bloodshed drew renewed Western condemnation. The UN Special Rapporteur for Myanmar said the army was carrying out "mass murder" and called on the world to isolate the junta and halt its access to weapons.

Foreign criticism and sanctions imposed by some Western nations have failed so far to sway the military leaders, as have almost daily protests around the country since the junta took power and detained elected leader Aung San Suu Kyi.

"We salute our heroes who sacrificed lives during this revolution and We Must Win This REVOLUTION," one of the main protest groups, the General Strike Committee of Nationalities (GSCN), posted on Facebook.

Saturday also brought some of the heaviest fighting since the coup between the army and the ethnic armed groups that control swathes of the country.

Military jets had killed at least three people in a raid on a village controlled by an armed group from the Karen minority, a civil society group said on Sunday, after the Karen National Union faction earlier said it had overrun an army post near the Thai border, killing 10 people. The air strikes sent villagers fleeing into the jungle.

Fighting erupted on Sunday between another armed group, the Kachin Independence Army, and the military in the jade-mining area of Hpakant in the north. The Kachin forces attacked a police station and the military responded with an aerial assault, Kachinwaves media reported.

There were no reports of casualties.

A junta spokesman did not answer calls seeking comment on the killings or the fighting.

Senior General Min Aung Hlaing, the junta leader, said during a parade to mark Armed Forces Day that the military would protect the people and strive for democracy.