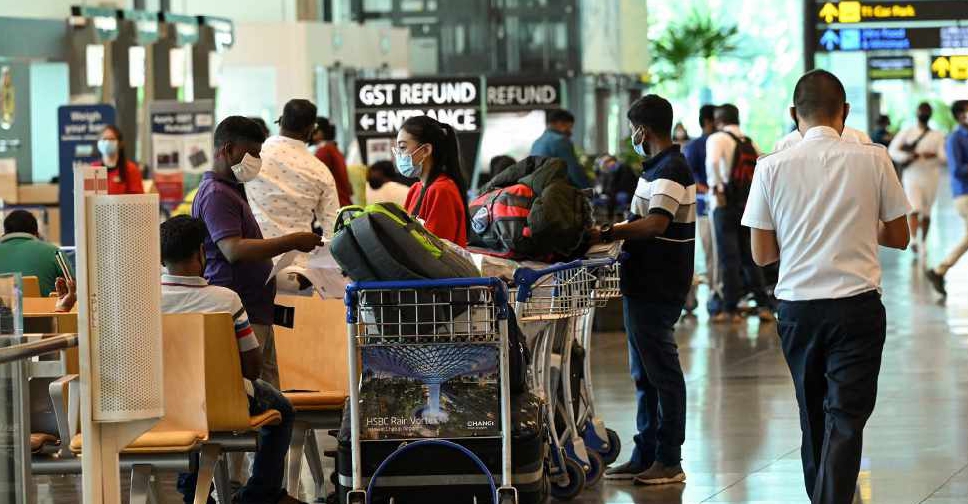 Singapore's airport said on Monday it was stepping up measures to keep out the coronavirus after it became the country's largest active COVID-19 cluster.

The measures include further segregation of arrivals and about 14,000 workers into different risk zones.

The Changi airport cluster, which involves over 100 cases, may have initially spread through a worker who helped an infected family arriving in the country, according to authorities.

Some of the cases included the B.1.617 variant first detected in India.

Workers in the highest risk zone - the terminal piers, arrival immigration hall and baggage claim - will be vaccinated, segregated from other staff, given full protective clothing and subject to enhanced testing, the airport operator said in a statement.

Passengers from very high-risk countries will be escorted through immigration to their quarantine facilities without going through the other terminals, it said.

Authorities have been criticised on the internet and social media for not introducing such measures earlier given the international impact of highly contagious variants.

Singapore's Health Minister Ong Ye Kung this month said airport staff who received travellers from high-risk countries may have infected others in the airport's food outlets.

The airport outbreak is part of a resurgence of infections in Singapore, which reported 24 local cases on Monday that follows months of reporting few or no local cases each day.