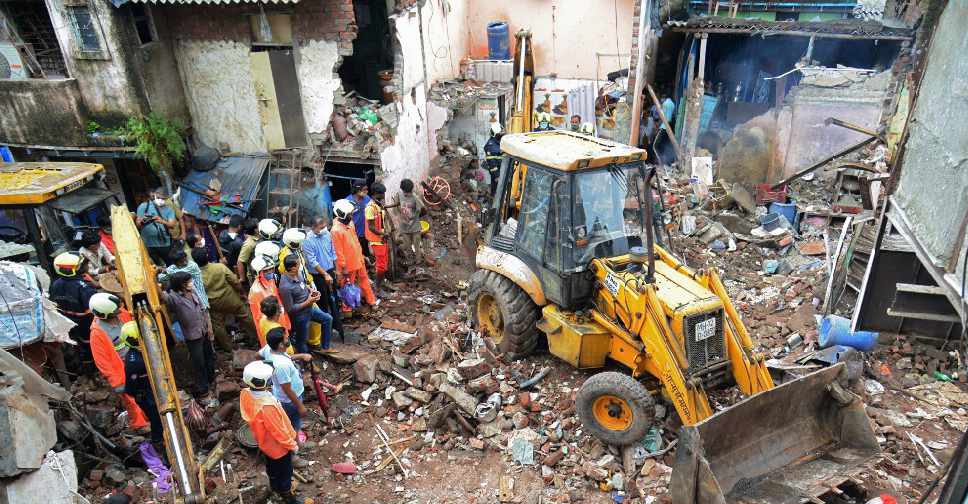 Rescue workers in Mumbai frantically searched for survivors beneath the rubble on the morning after a building collapse killed at least 11 people, following the first downpour of the monsoon season.

Resident Mohammed Rafiq Siddiqui said he had lost nine family members when a four-story tenement block came down on the adjoining building where he lived late on Wednesday.

"I left home at 10:30 pm to fetch some milk, but by the time I came home the building had collapsed," Siddiqui told Reuters.

"People came to help us when the building collapsed, the police came, but they couldn't do anything," he said as he stood in the narrow lane where relatives had gathered, desperately hoping that rescuers would find someone alive.

Wednesday was the first day of heavy rains in Mumbai, as the monsoon moved up India's west coast, and almost every year some buildings collapse in the densely-populated city, due to their poor construction,

Mumbai and its suburbs were likely to receive moderate to heavy rainfall in the next 24 hours, the weather department said in a daily bulletin.