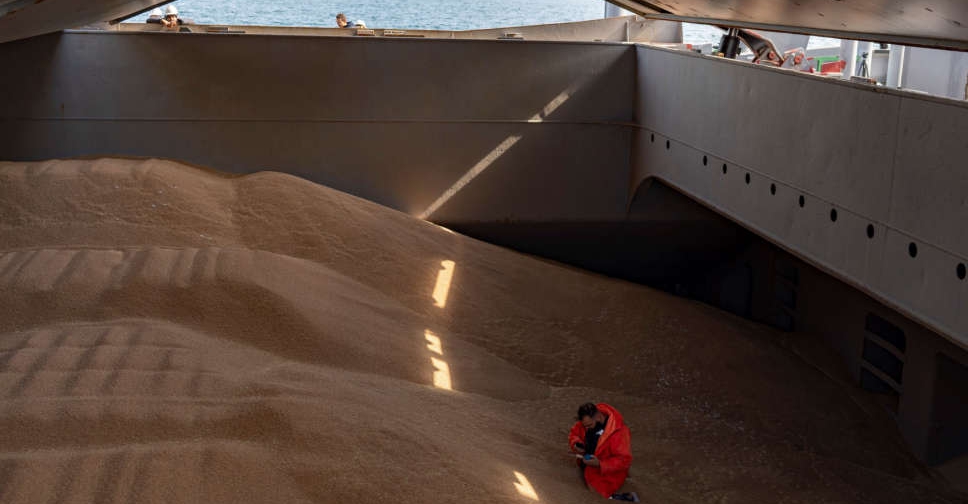 Russia suspended participation in a UN-brokered Black Sea grain deal after what it said was a major Ukrainian drone attack on its fleet in Crimea, dealing a blow to attempts to ease the global food crisis.

US President Joe Biden denounced the move as "purely outrageous" and said it would increase starvation.

Russia's defence ministry said Ukraine attacked the Black Sea Fleet near Sevastopol on the annexed Crimean peninsula with 16 drones early on Saturday, and that British navy "specialists" had helped coordinate the "terrorist" attack.

The suspension will cut Ukrainian grain exports from its crucial Black Sea ports.

"There's no merit to what they're doing. The UN negotiated that deal and that should be the end of it," Biden told reporters in his home state of Delaware.

The deal allows shipments of grain from Ukraine, one of the world's largest exporters, that the Russian invasion had halted.

Russia told UN Secretary General Antonio Guterres in a letter, seen by Reuters, that it was suspending the deal for an "indefinite term" because it could not "guarantee safety of civilian ships" travelling under the pact.

The UN coordinator for the Istanbul-based Black Sea grain deal coordination centre - made up of UN, Russian, Ukrainian and Turkish officials - said five outbound and four inbound vessels had safely passed through the humanitarian corridor.

"There are more than 10 vessels both outbound and inbound waiting to enter the corridor," Amir Abdulla said in a statement, adding there was no agreement between the parties for the movement of vessels on Sunday.

Britain on Saturday said Russia's claims, including that British navy personnel blew up the Nord Stream pipelines last month, were false and aimed at distracting attention from Russian military failures.

Russia said it had repelled the attack but that the ships targeted were involved in ensuring the grain corridor out of Ukraine's Black Sea ports.

Ukrainian President Volodymyr Zelenskiy said what he called Russia's nonsensical move required a strong international response from the UN and the Group of 20 major economies.

"This is a completely transparent attempt by Russia to return to the threat of large-scale famine for Africa, for Asia," Zelenskiy said in a video address, adding that Russia should be kicked out of the G20.

"I call on all states to demand Russia to stop its hunger games and recommit to its obligations," Kuleba said.

In a statement, the European Union said "all parties must refrain from any unilateral action that would imperil" a deal it described as a critical humanitarian effort.

Since Russia and Ukraine signed the UN-backed Black Sea Grain Initiative in Turkey on July 22, more than 9 million tonnes of corn, wheat, sunflower products, barley, rapeseed and soya have been exported.

But ahead of the November 19 expiry of the deal, Russia had repeatedly said that there are serious problems with it. Ukraine complained Moscow had blocked almost 200 ships from picking up grain cargoes.

The United Nations is in contact with Russian authorities about the situation, a UN spokesman said.