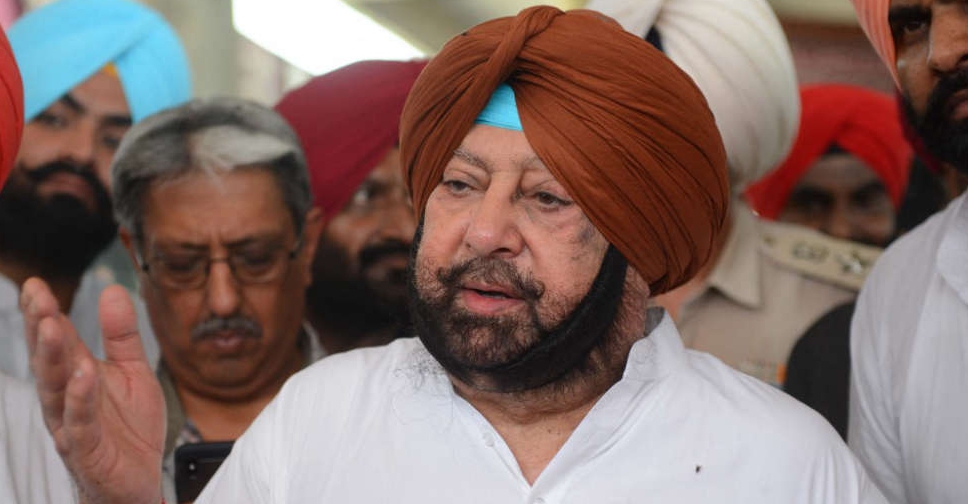 The chief minister of the Indian state of Punjab resigned on Saturday, deepening a crisis within the Congress party ahead of state elections scheduled before March.

Amarinder Singh, 79, submitted his resignation to the state's governor after the party's central leadership called a meeting of its state leaders later on Saturday.

"I feel humiliated," Singh told reporters after submitting his resignation, referring to doubts voiced by the Congress party's central leadership over his ability to run the state.

Singh's resignation could bolster the electoral chances for both regional parties and Prime Minister Narendra Modi's ruling party BJP which have been facing protests by farmers for more than a year over three controversial laws, political analysts said.

"I will speak to my supporters and then will decide my future course of action," Singh said when asked whether he would accept a new leader of the party to head the state.

"All options are open," he said.

The Congress party, which has lost several state elections after losing national elections in 2019, has failed to put up a credible challenge to Modi who has faced criticism over his handling of the pandemic, the farmers' protests and the economy.