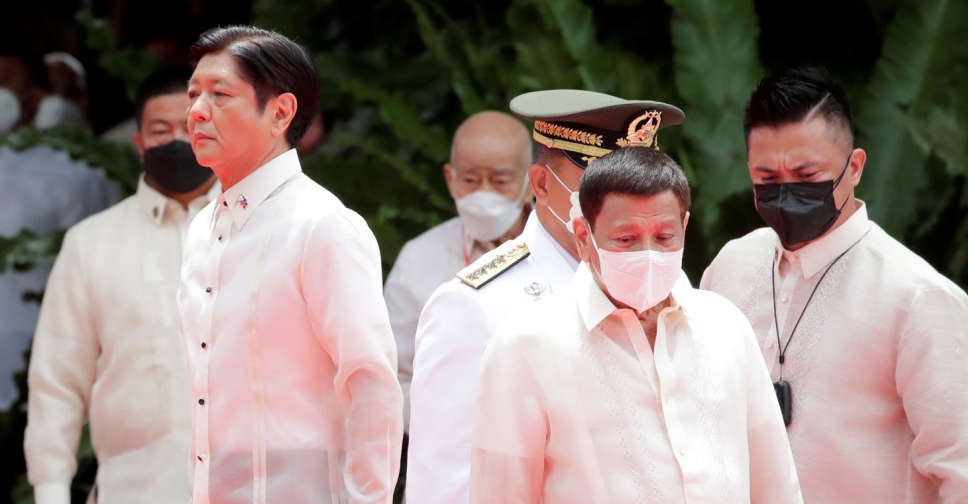 The son and namesake of late dictator Ferdinand Marcos was sworn in as president of the Philippines on Thursday, completing a stunning comeback for one of Asia's most famous political dynasties, 36 years after it was ousted in a popular uprising.

Marcos Jr scored a rare landslide victory in last month's election, helped by what his critics see as a decades-long effort to alter public perceptions of a family that lived lavishly at the helm of one of the world's most notorious kleptocracies.

Due to pandemic precautions, Marcos, better known as "Bongbong", took his oath before a judge at Manila's National Museum instead of the traditional Quirino Grandstand, where past presidents including his father were sworn in.

The ceremony was "solemn and simple", his transition team said, reflecting difficult times brought by COVID-19.

The elder Marcos ruled the Philippines for two decades from 1965, almost half of it under martial law, helping him to extend his grip on power until his overthrow and his family's retreat into exile during a 1986 "people power" revolution.

Thousands of Marcos opponents were jailed, killed or disappeared during his rule, and the family name became synonymous with cronyism, extravagance and the disappearance of billions of dollars from state coffers. The Marcos family has rejected accusations of embezzlement.

Marcos Jr, 64, the former senator and congressman campaigned on the slogan "together, we shall rise again", invoking nostalgia for his father's rule, which his family and supporters have portrayed as a golden age for the Philippines, a former U.S. colony.

Voters are counting on him to deliver on pledges to create jobs and bring down consumer prices in a country of 110 million people, nearly a quarter of whom live on less than $2 per day.

He has promised to hit the ground running and has even appointed himself agriculture minister, citing the urgent need to boost production to prevent food shortages and help manage prices.

"Marcos's number one priority will be, and should be, economic recovery over the next six months and first year," said Richard Heydarian, an author, columnist and academic who specialises in politics.

"That will set the tone for his administration for the years to come."