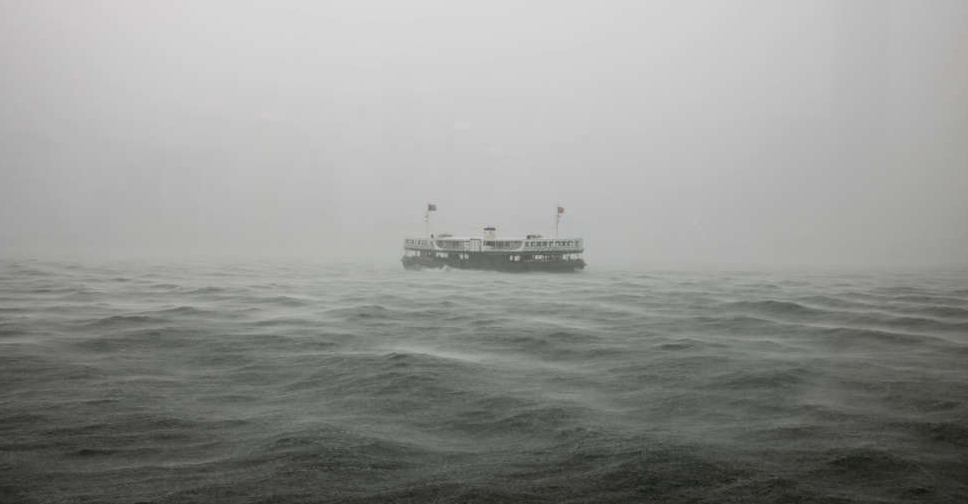 More than two dozen crew on an engineering vessel with 30 people on board were missing after it snapped in two in waters off Hong Kong as tropical storm Chaba passed through, authorities said.

The Hong Kong Government Flying Service said that three crew members were rescued, and search and rescue operations were continuing for others about 300 km (200 miles) southwest of the city.

Some of the crew had abandoned the vessel, and harsh weather conditions were hampering rescue efforts, they said.

The financial hub's weather forecaster lowered the storm warning to signal No. 3 on Saturday afternoon as Chaba was set to make landfall near Zhanjiang in China's Guangdong province.

Authorities in Hong Kong raised the typhoon warning on Thursday just as Chinese President Xi Jinping arrived in the city to commemorate the 25th anniversary of its handover from Britain to China.

The Palace Museum, which was set to open on Saturday as part of celebrations to mark the 25th anniversary of Hong Kong's handover to Chinese rule, remained closed.