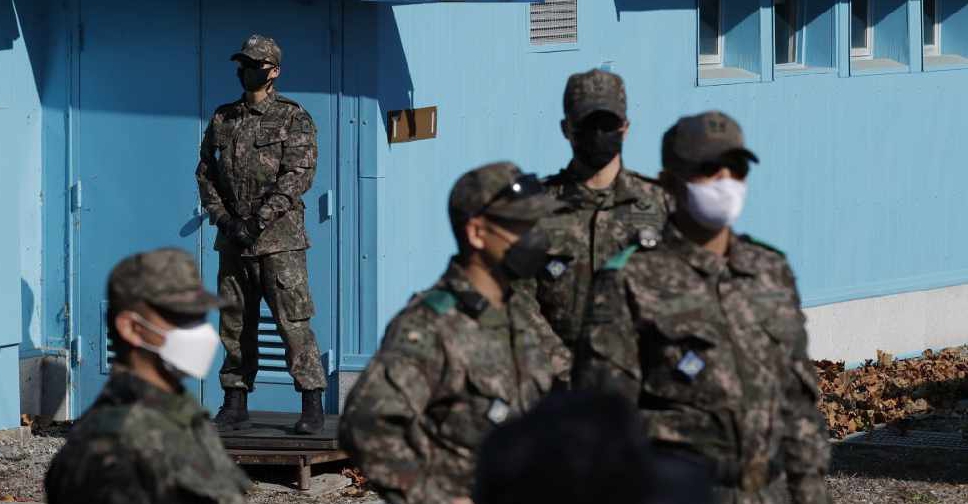 South Korea's military said on Wednesday it had taken into custody a North Korean man who crossed the heavily fortified border with North Korea into the South, prompting an urgent search operation.

The man was found about 9:50 am (local time) on the eastern end of the Demilitarised Zone (DMZ) dividing the two Koreas, the Joint Chiefs of Staff (JCS) said, adding there was no unusual movement among North Korean troops.

"An investigation is planned to find out details about the man, including how he had come down and whether he wished to defect," the JCS said in a statement.

The Yonhap news agency said the military had issued a "Jindotgae" anti-infiltration alert for the eastern border area.

The defence ministry declined to confirm those reports, citing an ongoing investigation.

The operation came as South Korea on Wednesday restarted tours to the southern part of the DMZ, which has seen several armed clashes but also served as a venue for key inter-Korean events, including some of the most recent summits.

But the programme was suspended in October 2019 after an outbreak of deadly African swine fever broke out in North Korea, and then due to concerns about the novel coronavirus this year.

Unification Minister Lee In-young, celebrating the tours' resumption, made no mention of the North Korean man but called for free travel among all Koreans within the DMZ and a recovery of inter-Korean hotlines severed amid strained ties.

"Re-establishing round-the-clock communication channels would be a basis for restoring inter-Korean relations," Lee, who oversees cross-border affairs, told a ceremony at the truce village of Panmunjom within the DMZ.

In 2018, a North Korean soldier defected to South Korea via the eastern DMZ. North Korean troops fired at another soldier when he drove an army truck through the DMZ in a dramatic escape to the South in 2017.