Modi's ministers choose 'Made in India' vaccine over AstraZeneca 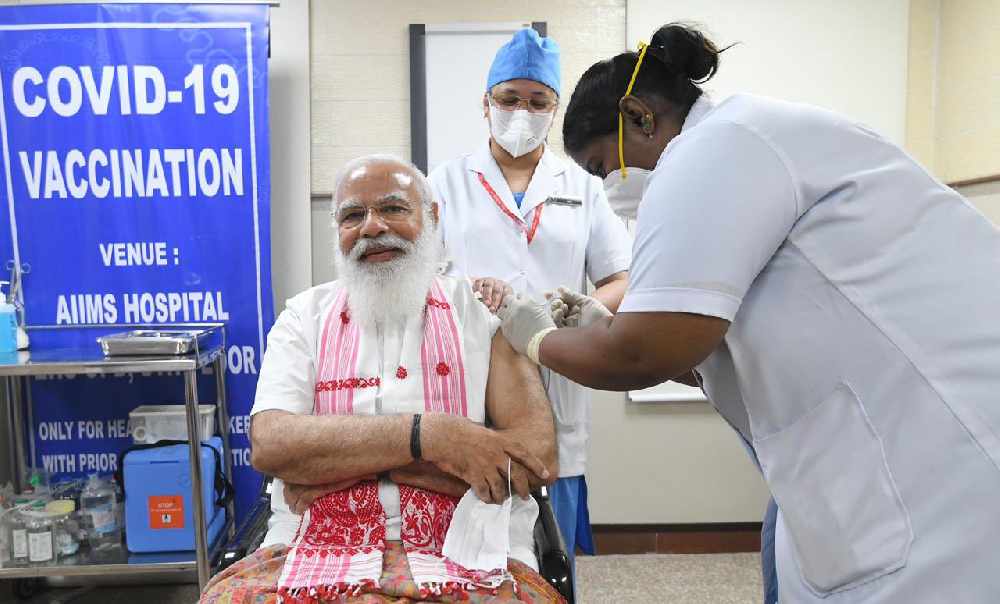 Indian ministers and officials were following Prime Minister Narendra Modi lead by opting for a "homegrown" COVID-19 vaccine approved without late-stage efficacy data, instead of AstraZeneca.

India's health, foreign and law ministers, and state governors, all flocked to Twitter to express support for the much-criticised Bharat Biotech's COVAXIN vaccine, after it was administered to Modi on Monday.

"Made-in-India vaccines are 100 per cent safe," Health Minister Harsh Vardhan said after being inoculated with COVAXIN.

Many state officials and doctors have refused to take COVAXIN before its effectiveness could be proved.

Bharat Biotech says it has completed the late-stage trial and results will be out this month.

The company said the endorsement by Modi and other ministers would set an example for other Indians and reduce "vaccine hesitancy".

It is seeking to sell COVAXIN to countries including Brazil and the Philippines.

COVAXIN and the AstraZeneca vaccines were approved by India's regulator in January. The government has distributed to states a total of 50 million doses of the vaccines but only 12 per cent of the 12 million people immunised so far have taken COVAXIN, according to government data.