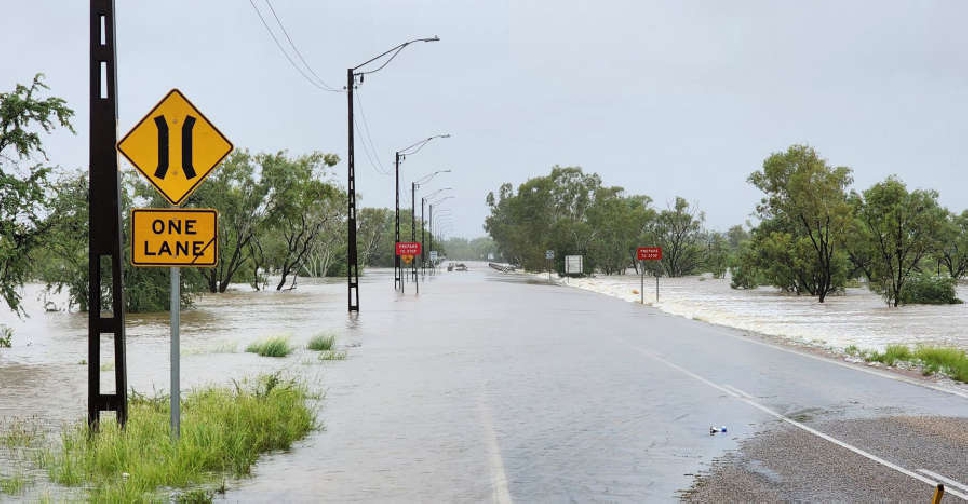 Australia's weather forecaster said on Sunday that record-breaking floods in the country's northwest had now left many communities isolated, as the days-long crisis continued.

The emergency in the Kimberley - an area in Western Australia state about the size of California - was sparked this week by severe weather system Ellie, a former tropical cyclone that brought heavy rain.

The town of Fitzroy Crossing, a community of around 1,300 people, has been among the worst hit, with supplies having to be airlifted in due to flooded roads.

The Bureau of Meteorology said on Sunday that rain had eased as the ex-cyclone shifted eastwards to the Northern Territory, but warned that "record breaking major flooding" continued in the Kimberley.

"Many roads are impassable and many communities are now isolated," the forecaster said on its website.

State emergency authorities have warned residents in other small communities of rising water in the region, which includes the resort town of Broome, about 2,000 km north of the state capital, Perth.

The flooding is the state's worst on record, authorities have said, while Prime Minister Anthony Albanese on Saturday described it as "devastating" and pledged federal assistance.

Australian Defence Force aircraft were being used to assist flood-hit communities, and Chinook helicopters were en-route to help relocate residents, according to authorities on Saturday.

The emergency comes after frequent flooding in Australia's east over the last two years due to a multi-year La Nina weather event.

Some eastern regions have endured four major flood crises since last year caused by the La Nina system, which is typically associated with increased rainfall.