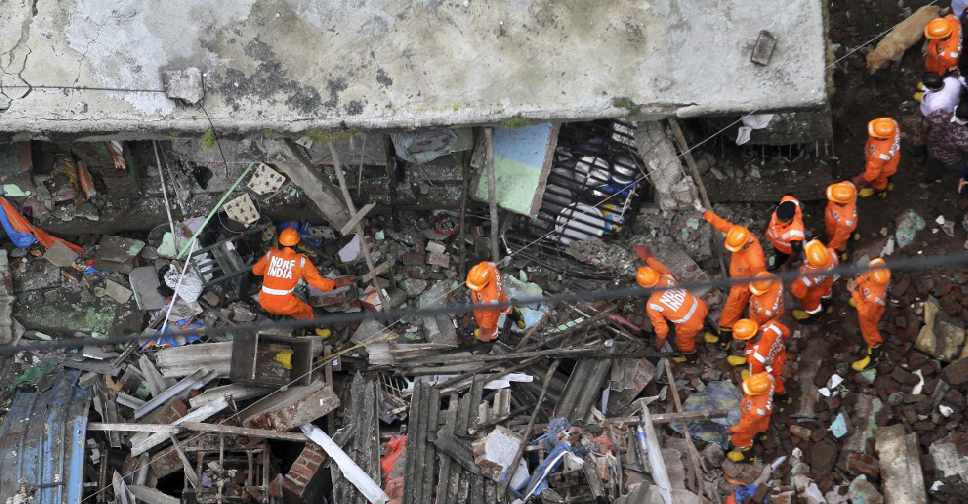 Rescue workers and sniffer dogs scoured the ruins of a collapsed building looking for any sign of life on Tuesday, as the death toll climbed to 20 a day after disaster struck Mumbai.

There were no reliable estimates of the number of people who were still missing after the three-storey building came down just before dawn on Monday, when many of the people in the 54 apartments would either of been getting up for work or school, or still in their beds.

Satya Pradhan, the head of the National Disaster Response Force, tweeted an update on the search and rescue effort in a series of grim bullet points: "20 dead extracted. 20 rescued alive. Ops continue."

The rescue work was being conducted in difficult and risky conditions, according to Pradhan.

Emergency service workers were removing debris by hand, or using digging equipment, but the building was located in a cramped alley, making it hard to bring in heavy lifting equipment.

They were also contending with the risk of falling masonry, as loose slabs hung from those walls and ceilings still left standing.

It is still unclear why the building had collapsed.